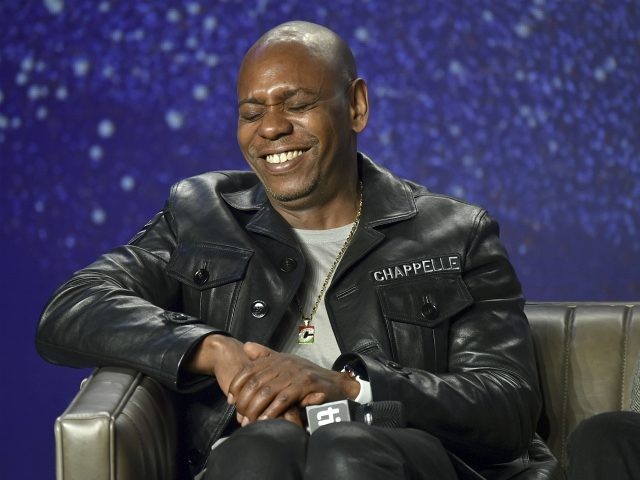 The audience score on the website, which collects reviews from professional critics and members of the public, reveals a wide gulf in opinion between the mainstream media’s reviewers and every day viewers.

As of Tuesday, just 17 percent of mainstream critics whose reviews were collected by the website — from the likes of Slate, Entertainment Voice, and National Review, said they liked Chappelle’s new show.

This contrasts with 99 percent of regular audience members who said they did — an 80-percent-plus gap.

Has a standup special ever had this kind of clear divide? pic.twitter.com/L061DkiUE7

“Finally, a return to true comedy.”

“Real comedy is back. No more boring censored stupidity.”

Suffice to say, members of the professional media, strongly biased in favor of political correctness, disagreed.

Slate reviewer Inkoo Kang compared Chappelle to the stereotypical conservative uncle: “While you changed with the times, he fashioned himself a badge of honor for defiantly not doing so. Now, his jokes make you wince.”

A writer for Paste, another mainstream entertainment website, said Dave Chappelle made “transphobic jokes” and that the comedian was “out of touch.”

The show, wrote the critic, is “just him venting about people being held accountable for their own words and actions. I guess it’s a brave way to start off a show, if you equate bravery with just acting like an asshole.”

Venting or not, “out of touch” is a term that describes people who are out of step with the public. That definition simply doesn’t fit a Dave Chappelle, who enjoys 99 percent approval from regular audience members.