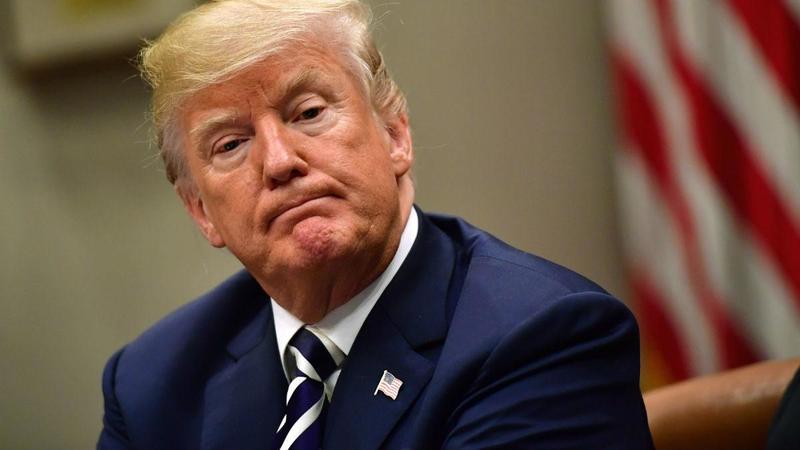 Will Pulling US Troops Out Of Syria Prove To Be The Right Decision?

Whenever neoconservatives and liberals chant in unison about American policy in the Middle East — as when they championed the Iraq invasion, for example, or the overthrow of Colonel Gaddafi in Libya, or the thwarted attempt to topple the Assad regime in Syria — it means we are being told a pack of lies. Par for the course is the hysterical response to President Donald Trump’s ‘betrayal’ of the Kurds in the wake of Turkey’s invasion of northern Syria.

Turkey’s goal was to repatriate at least two million of 3.6 million Syrian refugees inside Turkey in a border zone controlled, until the invasion began, by the US-allied, Kurdish-led Syrian Democratic Forces. Ankara considers that group to be an extension of the Kurdistan Workers’ party (PKK), which is also active in the region, has committed countless atrocities inside Turkey and is designated as a terrorist organization by Turkey and America.

Since Turkey was never going to back down, Middle East pundits appeared to be arguing that Trump should actually have risked going to war with a fellow Nato member that houses American nuclear weapons at its Incirlik Air Base. Worse, this would have been in defense of the Kurds, with whom the US has no defense treaty and whose ad hoc alliance with the US in Syria was formed with the explicit and limited goal of fighting the now defeated Islamic State. Going into battle against the Turks would also, of course, have meant betraying a historic ally, not to mention potentially causing the outbreak of a third world war.

Even more bizarrely, almost all the pundits and politicians are of the absurd opinion that — amid the endless cycle of war, revolution and terrorism in that cursed part of the world — we should once again foolishly see this scenario (as in Iraq and Libya) as a simple, folkloric tale of good vs evil. This time around, on one side are the secular, heroic Kurdish freedom fighters, lovers of democracy and steadfast American allies. On the other there are the bloodthirsty foot-soldiers from Turkey, a country that wants to annihilate them. As usual when it comes to the Middle East, almost all the pundits and politicians are talking balderdash.

That the reality on the ground is far more complicated will not be news to those who live in the region, but whose opinions are rarely taken into account by western commentators. For, in stark contrast to our rose-tinted admiration of the Kurds, they are resented, if not loathed, by many of the non-Kurds they live alongside or rule over in their self-declared autonomous zones. After decades of pushing for eventual statehood, the Kurds can claim only Israel as a true friend in the region. Almost needless to say, this is why the Lindsey Grahams of this world support them. But being allied, however tentatively, to the Jewish state sure is one way to guarantee that your cause will find little favor on the proverbial Arab street.

The estimated 30 million Kurds who straddle the borders of Turkey, Iraq, Syria, Iran and Armenia have never had a homeland, but arrogantly claim that their shared historic, ethnic, linguistic and cultural roots entitle them to one. To understand why this causes such resentment among Arabs and others whose resource-rich land the Kurds seek to steal, imagine for a moment that the same scenario was playing out in Europe. For example, what would happen if on that continent and on the same pretext the estimated 10 million Roma — who, like the Kurds, are traditionally a nomadic people — moved to establish a state encompassing huge swathes of Romania, Slovakia and Hungary. And they partly did this by engaging in terrorism, targeting civilians with the financial and military support of, say, China. Would the reaction of the indigenous European populations be any less hostile than that of Turkey in northern Syria? If anything, the Roma scenario would be more understandable, because the Kurds have only existed in large numbers in Iraq and Syria since the early 20th century, when they arrived from Turkey as refugees.

Such an elucidation of the Kurdish plight is hardly meticulous. It should be pointed out that they have suffered at various times horrible persecution. However, we do not have to get bogged down in the region’s internecine inter-ethnic rivalries to take a more pragmatic view of the end of our brief alliance with them. Are the Kurds really so uniquely virtuous and victimized that they deserve our moral and material support in a way, for instance, that the Yemenis do not? Can they not have been both oppressed and oppressor? What has actually happened when they have flirted with democracy? With American troops initially caught in the crossfire of war between them and the Turks, should ordinary Americans have been willing to sacrifice young men and women in uniform in their name? Alternatively, might Trump have been right to have pulled all US troops out of harm’s way, paving the way for Syria, Turkey and Russia to clean up the mess in their own backyard?