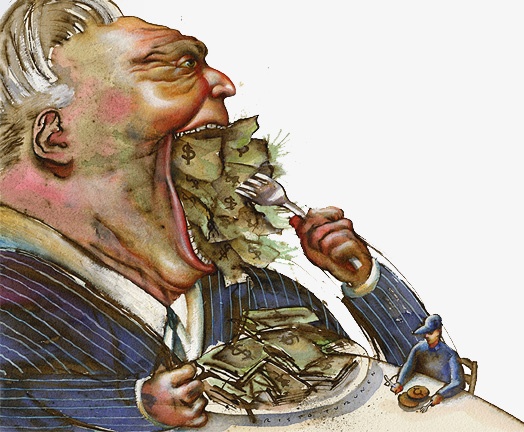 Following decades of increased life expectancy rates, Americans have been dying earlier for three consecutive years since 2014, turning the elusive quest for the ‘American Dream’ into a real-life nightmare for many. Corporate America must accept some portion of the blame for the looming disaster.

Something is killing Americans and researchers have yet to find the culprit. But we can risk some intuitive guesses.

According to researchers from the Center on Society and Health, Virginia Commonwealth University School of Medicine, American life expectancy has not kept pace with that of other wealthy countries and is now in fact decreasing.

The National Center for Health Statistics reported that life expectancy in the United States peaked (78.9 years) in 2014 and subsequently dropped for 3 consecutive years, hitting 78.6 years in 2017. The decrease was most significant among men (0.4 years) than women (0.2 years) and happened across racial-ethnic lines: between 2014 and 2016, life expectancy decreased among non-Hispanic white populations (from 78.8 to 78.5 years), non-Hispanic black populations (from 75.3 years to 74.8 years), and Hispanic populations (82.1 to 81.8 years).

“By 2014, midlife mortality was increasing across all racial groups, caused by drug overdoses, alcohol abuse, suicides, and a diverse list of organ system diseases,” wrote researchers Steven H. Woolf and Heidi Schoomaker in a study that appears in the latest issue of the prestigious Journal of the American Medical Association.

At the very beginning of the report, Woolf and Schoomaker reveal that the geographical area with the largest relative increases occurred “in the Ohio Valley and New England.”

“The implications for public health and the economy are substantial,” they added, “making it vital to understand the underlying causes.”

Incidentally, it would be difficult for any observer of the U.S. political scene to read that passage without immediately connecting it to the 2016 presidential election between Donald Trump and Hillary Clinton.

Taking advantage of the deep industrial decline that has long plagued the Ohio Valley, made up of Ohio, Indiana, Illinois, West Virginia, Pennsylvania and Kentucky, Trump successfully tapped into a very real social illness, at least partially connected to economic stagnation, which helped propel him into the White House.

Significantly, thirty-seven states witnessed significant jumps in midlife mortality in the years leading up to 2017. As the researchers pointed out, however, the trend was concentrated in certain states, many of which, for example in New England, did not support Trump in 2016.

Eight of the 10 states with the highest number of excess deaths were in the industrial Midwest or Appalachia, whereas rural US counties experienced greater increases in midlife mortality than did urban counties.