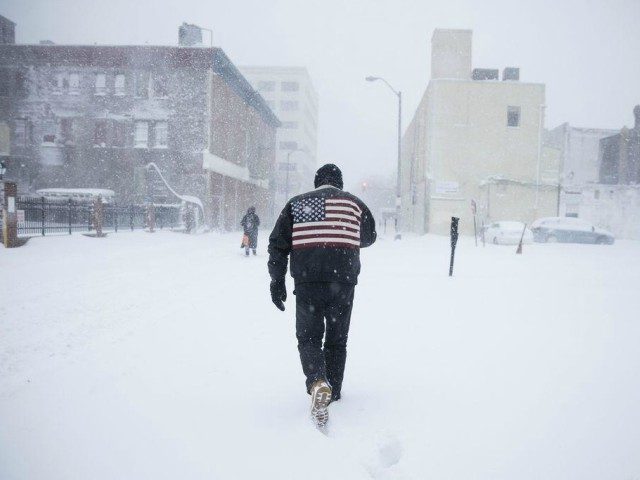 More than a foot (0.3 meters) of snow is expected in parts of upstate New York eastward to southern Maine. New York Gov. Andrew Cuomo cut short a trip to Puerto Rico to return home and deal with the storm.

The system, which has been pummeling the U.S. since before Thanksgiving, has already dumped heavy snow from parts of California to the northern Midwest and inundating other areas with rain.

Authorities found the bodies of two young children in central Arizona after a vehicle was swept away while attempting to cross a runoff-swollen creek. A third child is missing.

A storm-related death also was reported in South Dakota.

The city of Duluth, Minnesota, was blanketed with 19.3 inches (5.9 meters) of snow as of 6 a.m. Sunday. The city issued a “no travel advisory” at noon Saturday and deemed the storm “historic.”

Farther south, precipitation was in the form of rain and thunderstorms.

Forecasters said a new storm is expected to bring several feet of mountain snow, rain and gusty winds to California through the weekend. Another system is forecast to develop in the mid-Atlantic Sunday, moving into a nor’easter by Monday.

As the storm shifts east, flight delays and cancellations are continuing to pile up — disrupting travelers heading home after Thanksgiving.

As of 10 a.m. Sunday, 53 flights were delayed and 6 were cancelled at the three New York-area airports, according to the flight tracking website FlightAware.

The Federal Aviation Administration said some flights heading to Newark, New Jersey, are being delayed by an average of more than 2 1/2 hours.

There were also dozens of delays at airports in Chicago and Minneapolis.

At Denver International Airport, there were 100 flights canceled Saturday because of high winds.

Authorities in the western states were still grappling with the aftermath of heavy rains and snow over the busiest travel weekend of the year.