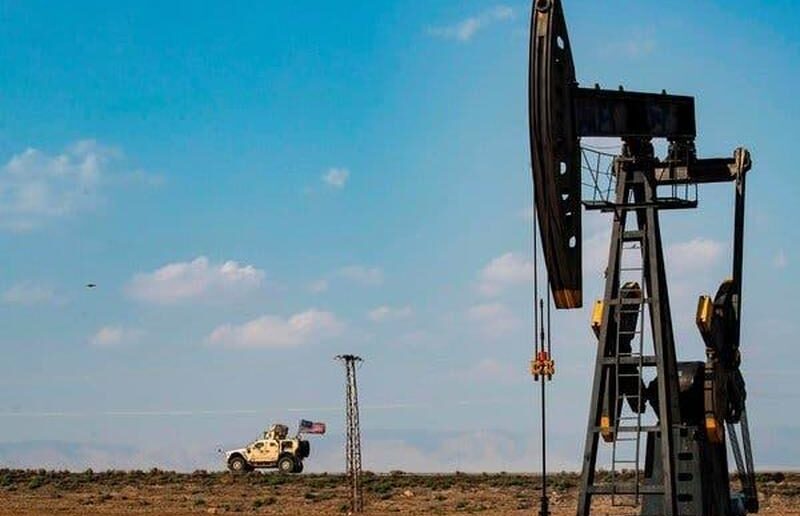 Ever since the U.S. signalled through its effective withdrawal from Syria that it now has little interest in becoming involved in military actions in the Middle East, the door has been fully opened to China and Russia to advance their ambitions in the region.

Earlier this week an announcement was made by Iraq’s Oil Ministry that highlights each of these factors at play, through a relatively innocuous-sounding contract award to a relatively unknown Chinese firm.

Specifically, it was announced that China Petroleum Engineering & Construction Corp (CPECC) has been awarded a US$121 million engineering contract to upgrade the facilities that are used to extract gas during crude oil production at the supergiant West Qurna-1 oilfield in Iraq, 50 kilometres northwest of the principal oil hub of Basra. The project is due to be completed within 27 months and aims to increase the capture of gas currently being flared across the site. Two factors that were not highlighted in the general announcement were firstly that CPECC is a subsidiary of China’s principal political proxy in the oil and gas sector, China National Petroleum Corp (CNPC), and secondly that the gas capture project will also include the development of the oil reserves at West Qurna 1. The current level of oil reserves at West Qurna 1 is just under nine billion barrels but, crucially, the site is part of the overall massive West Qurna reservoir that comprises at least 43 billion barrels of crude oil reserves.

“For China, it’s always all about positioning itself so that it is perfectly placed to expand its foothold,” a senior oil and gas industry source who works closely with Iraq’s Oil Ministry told OilPrice.com earlier this week.

Certainly it makes sense for Iraq to finally begin to monetise its associated gas that it has been burnt off for decades as a product of its burgeoning oil production. Aside from the negative environmental impact of this practice, there is the bizarre practical result that Iraq – which holds some of the biggest oil and gas reserves in the world – has to go to its neighbour Iran every year and beg for electricity imports to plug the huge power deficits that afflict it, particularly during the summer months. As it stands, Iraq has been steadily importing around one third of its total energy supplies from Iran, which equates to around 28 million cubic feet (mcf) of gas to feed its power stations. Even with these extra supplies, frequent daily power outages across Iraq occur and have been a prime catalyst for widespread protests in the past, including last year. The situation is also likely to become worse if change does not occur as, according to the International Energy Agency (IEA), Iraq’s population is growing at a rate of over one million per year, with electricity demand set to double by 2030, reaching about 17.5 gigawatts average.

Apart from this, burning gas associated with the production of crude oil is costing Iraq billions of dollars in lost revenues. It loses money in the first place because in order to try to minimise power shortages, Iraq is forced to burn crude oil directly at power plants that it could sell in the open market for currently well over US$55 per barrel (and the lifting cost per barrel in Iraq is just US$2 on average). In this context, the average volume of crude oil used for power generation has fallen in the past two years from a peak of 223,000 barrels per day (bpd) in 2015 but it still averages around 110,000 bpd, or around US$2.25 billion per year in value. It costs Iraq money in the second place because this associated gas that is flared could itself either be sold off directly or in LNG form or used as high-quality feedstock to finally truly kick-start the country’s long-stalled petrochemicals industry that itself could generate massive added-value product revenue streams. According to the IEA, Iraq has around 3.5 trillion cubic metres (tcm) of proven reserves of gas – mainly associated – which would be enough to supply nearly 200 years of Iraq’s current consumption of gas, as long as flaring is minimised. It added, though, that proven reserves do not provide an accurate picture of Iraq’s long-term production potential and that the underlying resource base – ultimately recoverable resources – is significantly larger, at 8 tcm or more.

China knows all of this and has come to the correct conclusion that it cannot lose by expanding its imprint in Iraq in such a way. “However, China is now very wary of being seen in Iran or Iraq as looking to make them into client states, although that’s what it plans for both, so it’s recalibrated its approach to being more of the stealth variety – that is, small, incremental steps but lots of them – until at one point in the future the governments [of Iran and Iraq]look around and wonder how China is calling all the shots all of a sudden,” said the Iraq source. Such is the case in West Qurna 1 in which, although the contract announced principally involves CPECC just building the infrastructure to capture gas rather than flare it, in reality also involves being allowed to take and use or sell the gas at an advantageous rate.