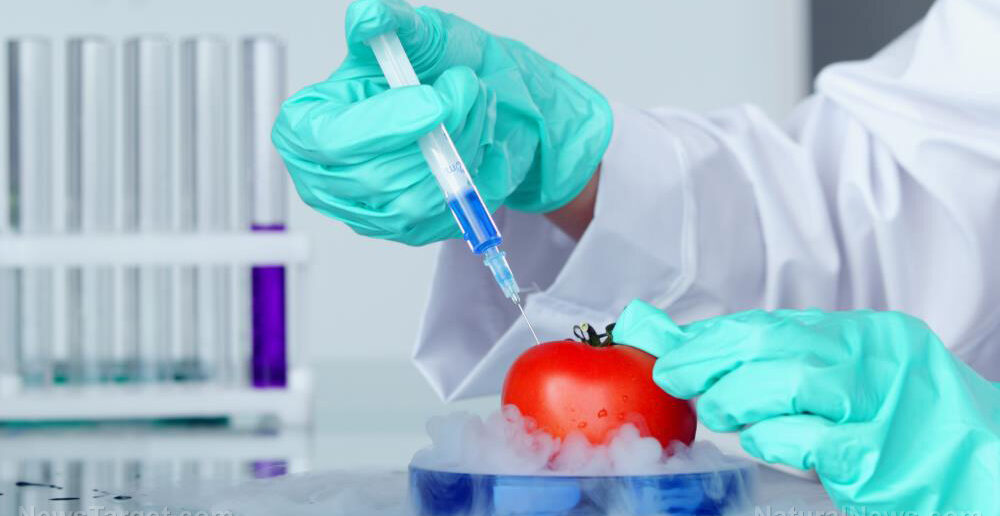 The worst idea ever? Genetically engineered plants will deplete the atmosphere of carbon dioxide, causing a mass die-off of food crops and rainforests

(Natural News) Carbonphobia is sweeping the globe as leftists continue to fear-monger about the “horrors” of carbon dioxide (CO2), and the “need” to eradicate it in order for “global warming” to end. And their latest “solution” to the “problem” is to unleash new varieties of genetically modified (GMO) plants that have the engineered ability to soak up CO2 and make it “disappear.”

Reports indicate that “scientists” in California are currently developing these GMO plants, which they claim will absorb more “greenhouse gases” like CO2 and help to stop “man-made climate change.”

An Al Jazeera article that made this announcement is short and to the point, revealing that carbonphobia is even more severe of an epidemic than we ever could have imagined. People calling themselves “scientists” are busy trying to reengineer the entire world in such a way as to prevent a “climate catastrophe” that doesn’t even exist.

To be fair, Al Jazeera wasn’t actually the first to report on this ridiculous idea. Back in April, The Guardian (United Kingdom) published a hilarious piece about a woman named Joanne Chory who’s in the process of developing a CO2-sucking plant that she believes will save the planet from climate change.

“We’re trying to do something that’s a huge, complicated thing even though it sounds so simple,” Chory told the news outlet, lamenting over her belief that “time is short” both for her and the planet, and that something needs to be done right away if Earth is to continue existing as we currently know it.

For more related news about spreading climate hysteria and the pandemic of carbonphobia, be sure to check out ClimateScienceNews.com.

The amazing thing about Chory’s “invention” is that it completely sidesteps the established scientific fact that plants in their natural form already absorb CO2 as part of the natural life cycle. In return, these same plants then spit out the oxygen that humans and other mammals require in order to live.