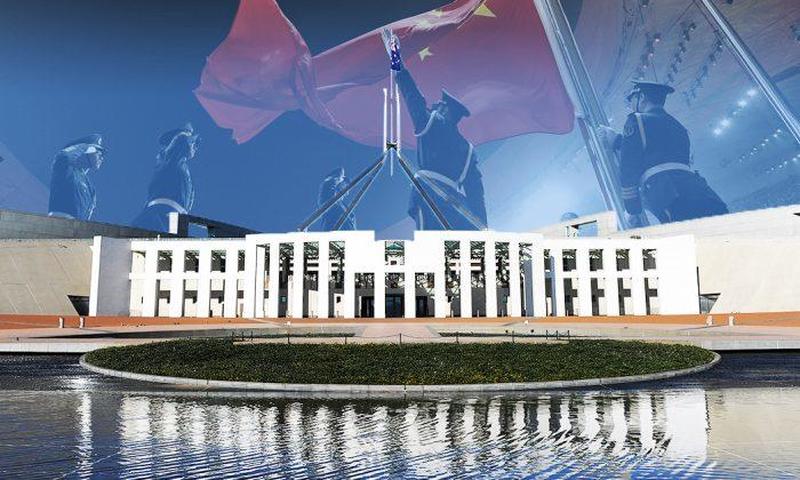 More than a dozen Australian senators voted Tuesday calling for an investigation into Australia’s relationship with China, with one politician saying that Australia is a “sitting duck” to foreign influence from the Chinese Communist Party (CCP).

“We’re sitting ducks here. We’re leaving ourselves open and we’re letting the Communist Party in China come in here and undermine our democracy,” Jacqui Lambie, an independent Australian senator, said late Tuesday in response to a motion to start a Senate inquiry into Australian’s relationship with China.

The motion, led by crossbencher Rex Patrick, was supported by all the other crossbenchers: Senators Lambie, Stirling Griff, Pauline Hanson, Malcolm Roberts, and Cory Bernardi. Senators from the Greens party also supported the motion.

The motion, which required a 23 majority vote to pass, failed at 15 votes. No senators from Australia’s two major political parties—the Liberal and Labor parties—indicated their support. A total of 38 votes were cast against the motion.

Patrick said that the inquiry should examine all aspects of Australia’s relationship with China, including trade relations between the two countries, Chinese investment in Australia’s infrastructure and agriculture, and the influence and alleged interference in Australia, which includes the CCP-linked activities in Australian university campuses, as well as the CCP’s role in cyberattacks.

Prior to the vote, Lambie accused the Liberal and Labor parties of lacking the courage to protect Australia from Chinese foreign influence, saying that such parties have not only been influenced by money from the CCP, but also have been causing Australia to be more economically dependent on China.

Both Lambie and Patrick noted how Duncan Lewis, the former Director General of Security at the Australian Security Intelligence Organisation (ASIO), told Nine newspapers in November that the CCP is seeking to take over Australia’s political systems through “insidious” foreign interference investigations.

“It’s about time the people in this place woke up to China’s attempts to infiltrate our economy and our democracy,” Lambie said, later adding, “Everyone knows that the communist Chinese government uses money to influence our political processes.”

Lambie cited multiple examples of such alleged attempts, including a case earlier this year where AU$100,000 ($68,284) in cash was donated to the New South Wales Labor party that became part of an investigation by the state’s corruption watchdog.

“Now we’ve heard that Chinese attempts to infiltrate our politics go even further … They’re not just trying to influence politicians with money; they’re trying to get elected to sit in this chamber … wherever they can buy or get seats in the Australian parliament, they’re coming,” Lambie said.

“There are no security checks, there’s little to stop it from happening. It’s absolutely beyond shocking.”

“People are literally showing up dead. Someone who was supposedly cultivated by the Chinese government to run as a Liberal Party candidate in the Commonwealth Parliament has shown up dead,” Lambie added. “Nothing’s been proven but it’s really concerning … I think we all know what’s going on here.”

Bo “Nick” Zhao, a Melbourne luxury car dealer, was found dead in a Melbourne motel room in March. His death is under investigation. Zhao had earlier told ASIO that he was offered “a seven-figure sum” to run for a seat in Australia’s federal parliament.

“What is clear is that China is actively trying to reshape our democracy, and no one seems to be talking about that seriously enough. Honestly, where’s your courage? What are you scared of? This is not some wacky conspiracy theory. This is happening,” Lambie said.