Wealth inequality has erupted across the country over the last decade as the Federal Reserve’s policy of ramping asset prices to the moon has widely failed to distribute wealth evenly. If you want to figure out where all the money went on a geographical basis, Bloomberg has published a new report that shows the 200 wealthiest counties in the US.

It’s no secret by now that asset holders (those who own real estate, stocks, bonds, classic cars, wine, and fancy artwork) were the largest beneficiaries of the Fed’s unconventional money printing.

So the flow of wealth from the Fed’s aggressive easing policy went to the limited few, those who hold assets, we call the top 10%. 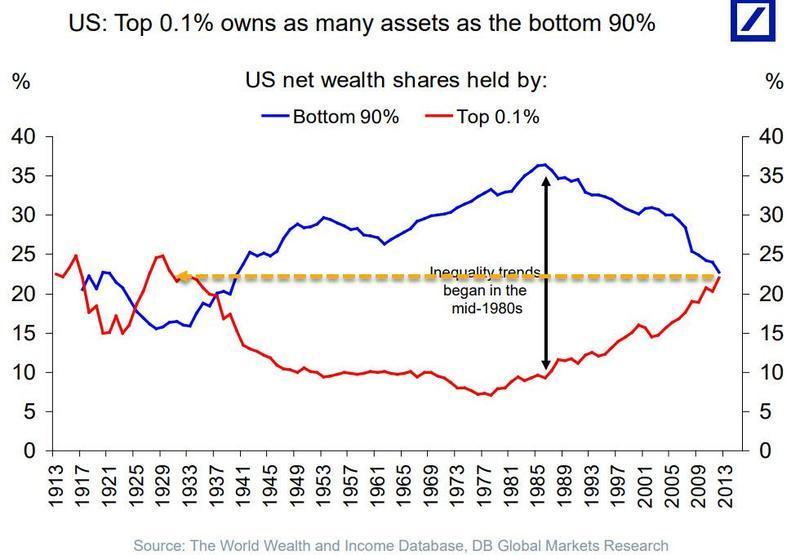 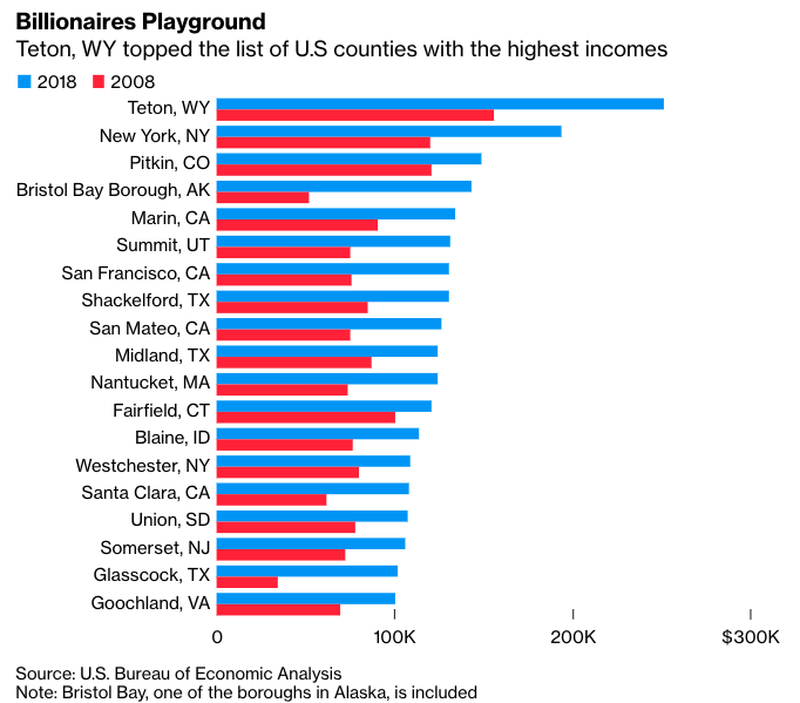 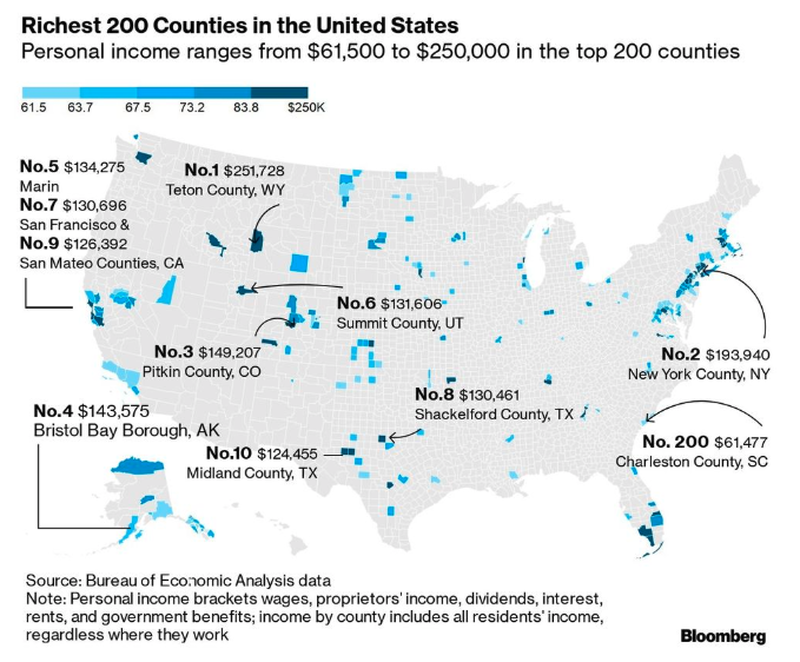 Across America, total personal income increased in 3,019 counties, or 97% of the total, and decreased in just 2.9%, according to estimates released by the Bureau of Economic Analysis. That includes wages, proprietors’ income, dividends, interest, rents, and government benefits by county residents.

Notably, on a per-capita income basis, which factors in the change in population, 2018 marks the largest share of counties with a positive increase since 1981, based on a Bloomberg analysis.