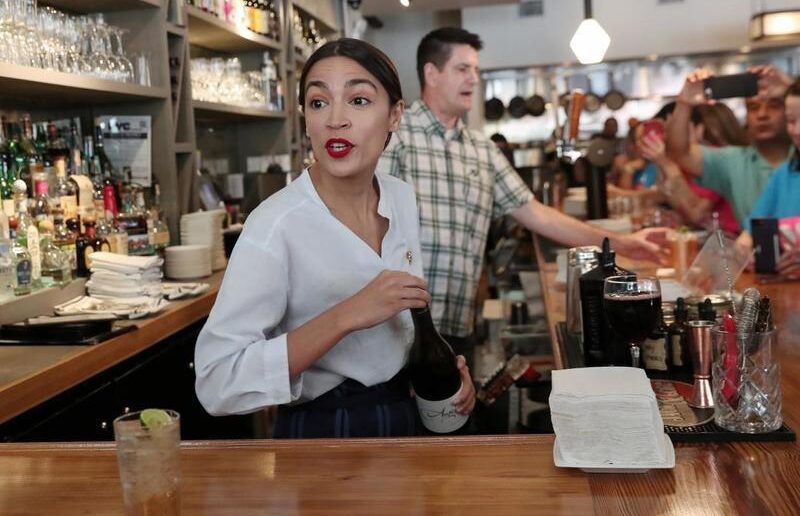 Half Of All US Restaurants Are Struggling With Rising Labor Costs

In the one year since New York City implemented a mandatory $15 minimum wage, businesses have been struggling with the increased labor costs, Fox News reported previously. “They’re cutting their staff. They’re cutting their hours. They’re shutting down,” said Queens Chamber of Commerce president, Thomas Grech – who reports seeing an uptick in small business closures over the past six to nine months. “It’s not just the rent.”

Bronx Chamber of Commerce president Lisa Sorin notes that the increase has hurt small businesses the most, while Manhattan employers and their customers can afford to pay more to compensate. “It’s almost like a whirlwind of keep up or get out,” she said.

This dynamic was reflected in a Gothamist survey, which revealed that NYC restaurants are ‘thriving’ amid the $15 minimum wage, but acknowledges “Nearly 50 percent of respondents to the Hospitality Alliance’s survey said they would have to eliminate jobs in 2019 to make do.”

Fortunately technological innovations are offering restaurant operators a few ways to tackle some of the labor-related challenges identified in the study. Outback is tapping AI technology to analyze diner interactions with staff, for example, including lobby cameras and wait time tracking. Mangers review the data in real-time so that any poor reviews in the making can be remedied before the guests leave the restaurant.

Robotics and automation also made a debut in the restaurant space, but luckily for minimum wage workers at least for now, overall adoption has been low especially among large operations that have more difficulty rolling out systems to automate tasks. Small chains, those with less than 50 units, were more likely to say they would use automation in the future. That hasn’t stopped large chains, however. McDonald’s piloted an automated fryer in the kitchen last year as well as voice-activated drive-thrus in Chicago. It’s also introducing automated beverage equipment. The endeavor is designed to reduce customer wait times while making employees’ jobs easier. Freeing them up from some of these more mundane tasks allows them to focus on cultivating a better customer experience through interaction and service. Futurists are betting on robots to take over even more restaurant operations during the coming decade.

While technology seems to be addressing some of the labor-related pains, training and retention have ample opportunity for improvement as well. A few brands have invested in better training opportunities for employees like Denny’s partnership with Magic Johnson focusing on leadership training and McDonald’s women-focused career excellence and Women in Tech initiatives. To boost retention rates, chains like Starbucks, Noodles & Company, Chipotle, Shake Shack and Sweetgreen bulked up employee benefits last year.