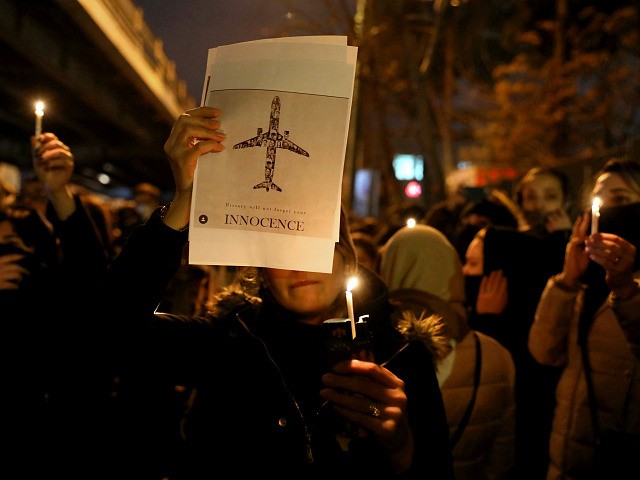 Two Iranian state TV journalists reportedly quit their jobs on Monday in response to the Islamic regime lying about shooting down a Ukrainian civilian airliner.

A third former journalist also reportedly came forward to apologize for the “lies” she claimed to have spread for more than a decade on behalf of the Iranian government.

Two journalists working for the Iranian state broadcaster, Islamic Republic of Iran Broadcasting (IRIB), announced they are quitting their jobs, according to a report by the U.K. Guardian. The newspaper allowed for potentially more journalists leaving their positions in protest.

“Thank you for accepting me as anchor until today. I will never get back to TV. Forgive me,” said journalist Zahra Khatami, quitting her job at IRIB in response to the recent Ukrainian “plane crash” cover-up, according to the Guardian.

“Thank you for your support in all years of my career,” added fellow presenter and colleague Saba Rad, quitting her job as well. “I announce that after 21 years working in radio and TV, I cannot continue my work in the media. I cannot.”

A third presenter, Gelare Jabbari — who had reportedly already quit her job “some time ago” — also chimed in, apologizing to her followers on social media in Farsi and asking them to forgive her for the thirteen years of “lies” she had told them on behalf of the Iranian government.

“It was very hard for me to believe that our people have been killed. Forgive me that I got to know this late. And forgive me for the 13 years I told you lies,” said Jabbari, in an Instagram post on Sunday. Jabbari’s entire Instagram presence disappeared from the platform on Monday afternoon.

Iranian officials had initially lied about Tehran’s involvement in the demise of the Ukrainian airliner, alleging that they had evidence the plane caught fire shortly after takeoff from Tehran’s international airport, but later they admitted an Iranian soldier shot a surface-to-air missile at the plane, presumably thinking it an American missile heading for the capital. The statements by the Iranian state TV journalists arrive at the heels of the apparent attempt at covering up the facts surrounding the fallen airliner.