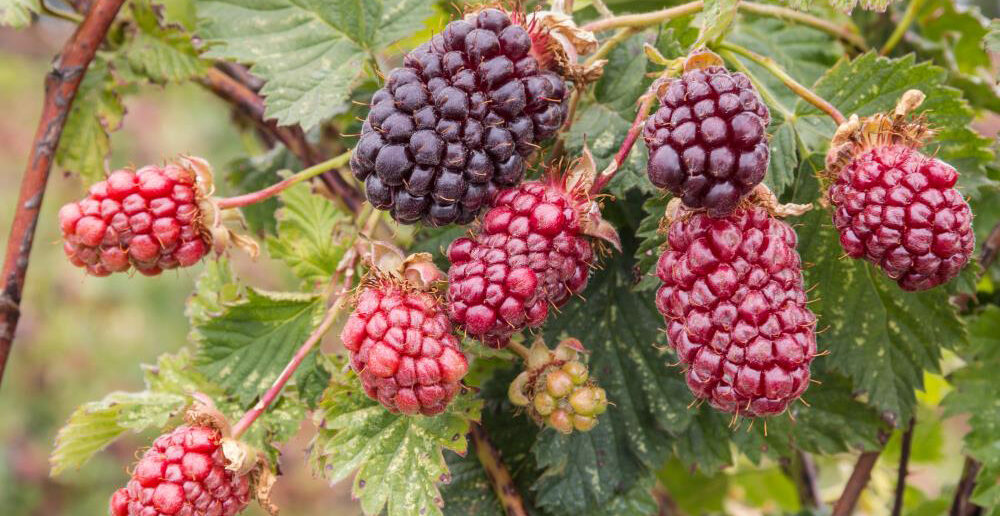 Berry foraging: How to identify and harvest 8 wild berries

(Natural News) Proper preparation can go a long way in increasing your chances of survival when facing an emergency situation. However, no matter how much food you stockpile and defenses you set up, you might be forced to bug out to a much safer location, even if it means taking a detour through the wilderness. In these situations, knowing how to forage can be an essential skill that could mean the difference between life and death. When wandering about in the great outdoors, you need to know how to identify which plants can be your next meal. (h/t SurvivalSullivan.com)

Fantastic berries and how to identify them

Edible wild berries and other types of fruit can be some of the more rewarding things to find when you’re out in the wilderness. Unlike roots and certain greens, these wild foods don’t need any preparation or cooking, making wild berries a very accessible emergency food source. However, you must remember that you should not eat what you cannot correctly identify. Some berries may look appetizing, but they may also be toxic to humans. Because of this, it is vital that you have the knowledge to identify which berries are edible and which aren’t. Here is a short list of common edible berries and how to pick them out from the bunch.

Often found in bunches at your local supermarket, you might already be aware of what the humble blueberry looks like. But wild blueberries are significantly tastier, making them a wonderful treat when foraging in the wilderness. In the wild, blueberries can grow on bushes that reach as high as 20 feet tall. These bell-shaped bushes harbor warty-like twigs with hanging flowers. These bushes are often found in wooded clearings exposed to full sunlight, growing alongside large rocks or trees – with a particular preference toward oak trees.

Wild strawberries, unfortunately, share their looks with another berry called “false strawberries” or “mock berries.” The faux strawberries taste bland and are normally found in vegetable beds near less forested areas, so take note before picking some up and eating them. Real wild strawberries are tasty fruits found growing next to creeks and rivers. These berries can also be found along the forest edge close to the treeline. Other than the taste, another notable difference is that real wild strawberries have white flowers when they are blooming while the false variant grows the fruit straight up.

When you’re out looking for blackberries, thorns are the main indicator for blackberry bushes. The canes of a blackberry bush can range in color from red to even a deep shade of green. While blackberries look quite similar to black raspberries, the former’s fruits are significantly larger – even growing as big as your thumb. Blackberry bushes often grow on farms and can reach heights of up to 20 feet tall. They can also be found in secluded spots in the woods or even bordering pastures.

Huckleberries boast a wonderful shade of blue and grow on shrubs or bushes that prefer low-acidity soil during late summer or early fall. One of the notable qualities that differentiate huckleberries from blueberries is the crown they possess at the end of the fruit. While small in size, huckleberry seeds are significantly larger than blueberry seeds – so it isn’t uncommon for the seeds to get stuck in your teeth every once in a while.

Despite its name, Asian wineberries can be found throughout most of North America. Often found near the edge of the woods, you can easily spot these plants due to their distinctive, fuzzy canes – free from any form of briars, which is a rarity in the berry world. The berries themselves are ruby red and shine just like jewels. They also grow inside fizzy cases, making them look like Christmas decorations.

Unlike other berries, mulberries grow from trees instead of bushes or shrubs. There are also three common variants of mulberries, which can be found in shades of white, red or purple to black. The mulberry tree has leaves that resemble maple leaves, but are heart-shaped with serrated edges. The fruit itself is directly joined to the stem, so you wouldn’t have any problems dealing with white receptacles of any kind sticking to the berries after you’ve picked them. However, mulberries can be quite difficult to remove from the stem so cut them off instead of plucking.