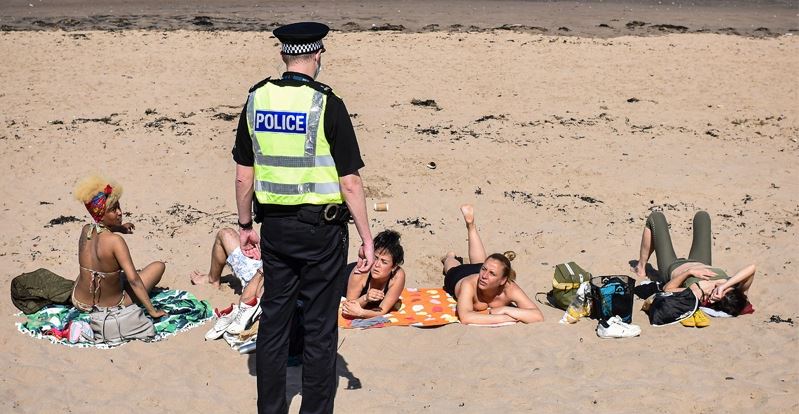 You have no rights.

That’s the lesson the government wants us to learn from this COVID-19 business.

Well, the government is wrong.

For years now, the powers-that-be—those politicians and bureaucrats who think like tyrants and act like petty dictators regardless of what party they belong to—have attempted to brainwash us into believing that we have no right to think for ourselves, make decisions about our health, protect our homes and families and businesses, act in our best interests, demand accountability and transparency from government, or generally operate as if we are in control of our own lives.

We have every right, and you know why? Because we were born free.

As the Declaration of Independence states, we are endowed by our Creator with certain inalienable rights—to life, liberty, property and the pursuit of happiness—that no government can take away from us.

Unfortunately, that hasn’t stopped the government from constantly trying to usurp our freedoms at every turn. Indeed, the nature of government is such that it invariably oversteps its limits, abuses its authority, and flexes its totalitarian muscles.

Take this COVID-19 crisis, for example.

What started out as an apparent effort to prevent a novel coronavirus from sickening the nation (and the world) has become yet another means by which world governments (including our own) can expand their powers, abuse their authority, and further oppress their constituents.

Until now, the police state has been more circumspect in its power grabs, but this latest state of emergency has brought the beast out of the shadows.

We are on a slippery slope to outright despotism.

This road we are traveling is paved with lockdowns, SWAT team raids, mass surveillance and forced vaccinations. It is littered with the debris of our First and Fourth Amendment freedoms.

This is what we have to look forward to in the months and years to come unless we can find some way to regain control over our runaway government.

The government has made no secret of its plans.

It’s chilling to think about, but it’s not surprising.

Remember that Pentagon training video created by the Army for U.S. Special Operations Command? The one that anticipates the future domestic political and social problems the government is grooming its armed forces to solve through the use of martial law?

The chilling five-minute training video, obtained by The Intercept through a FOIA request and made available online, paints a dystopian picture of the future bedeviled by “criminal networks,” “substandard infrastructure,” “religious and ethnic tensions,” “impoverishment, slums,” “open landfills, over-burdened sewers,” a “growing mass of unemployed,” and an urban landscape in which the prosperous economic elite must be protected from the impoverishment of the have nots.

But here’s the kicker: what they’re really talking about is martial law, packaged as a well-meaning and overriding concern for the nation’s security.

This COVID-19 crisis is pushing us that much closer to that dystopian vision becoming a present-day reality.

With millions of dollars in stimulus funds being directed towards policing agencies across the country, the federal government plans to fight this COVID-19 virus with riot gear, gas masks, ballistic helmets, drones, and hi-tech surveillance technology.