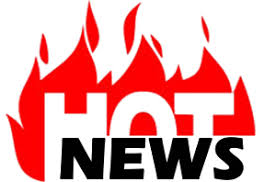 DALLAS (CBSDFW.COM) – Dallas has issued a curfew for areas in and around downtown for the next several days in response to violent protests the last two evenings, Police Chief Renee Hall announced Sunday.

Denton also joined Dallas in setting up a curfew for parts of the city for a week.

During a news conference, Hall said the curfew will begin at 7 p.m. and end at 6 a.m. She said this will be in place for the next several days.

Hall said these areas will not be accessible during the curfew hours.

Police will be setting up roadblocks in those areas so residents that need to get to their homes will need identification.

“We are determined… to keep our city safe. We will make arrests of individuals violating curfew. You will not be able to access these areas. We will not tolerate anymore vandalism of our city,” Hall said.

During the curfew, DART services through those affected areas will be suspended.

This response comes after two evenings of destruction, looting and arrests in and around the downtown area. Both events began as peaceful protests and marches through downtown but quickly turned chaotic and violent as groups separate from the marches began vandalizing and confronting officers.

Denton officials said there have been several protests planned with some threats of violence.

Denton Mayor Chris Watts issued a local order to promote peaceful demonstrations in the city. With this order, he also set up a curfew that affects the downtown area, Denton County Courthouse, the jail facility and other areas around the Denton County building complex.

The curfew in Denton will start at 9 p.m. and end at 6 a.m. and will last until next Sunday, June 7.

“Like many of you, I was deeply shocked and saddened by the senseless killing of George Floyd,” Watts said. “I support the right of every citizen to peacefully protest to express their anger, sadness and call for reform; however, at this time we must do all we can to protect those in attendance, other bystanders, and the surrounding area from any potential harm.”

Dallas has already seen its share of violence throughout the city over the weekend, and Chief Hall said it won’t be tolerated.

“What we recognize now is that this is no longer peaceful protests. Where it started, we all agree that our hearts go out to the Floyd family, but this is not what we are dealing with,” Hall said. “We are dealing with individuals who are vandalizing property, attempting to injure police officers and the protesters who are peacefully protesting, putting their safety and lives at risk, as well. This will not be tolerated.”

During the news conference, Hall said about 500 Texas Department of Public Safety troopers and officers from the Irving and Allen police departments helped during the events on Saturday.