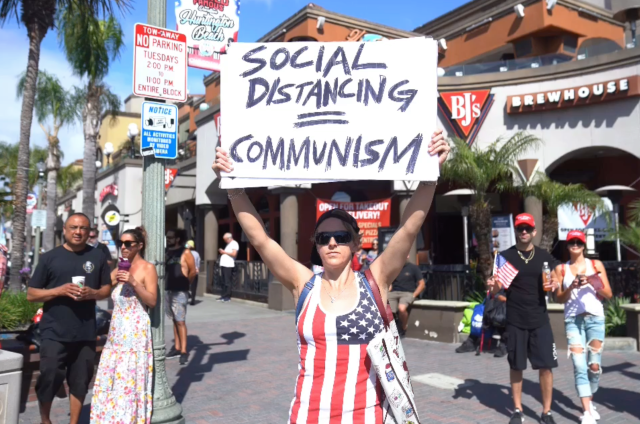 Southern California is descending into an inferno once more, the third one of the year, with elevated temperatures through the end of next week, reported LA Times.

Eric Boldt, a meteorologist with the National Weather Service (NWS), said temperatures along the coast are expected to be in the mid-70s for much of the weekend. He said the mercury will jump significantly on Monday, some areas could see triple-digit highs, including San Fernando Valley, San Gabriel Valley, and Inland Empire.

Boldt said the heatwave will likely peak Wednesday but linger through the week:

“These high temperatures are going to continue pretty much through next week,” he said. “We might see a little relief toward Friday and Saturday, but it seems like the rest of May is going to be warm.”

For much of Southern California, temperatures will be above normal through the weekend into early next week.

NWS Los Angeles reports temperatures in the region will be around the mid-80s on Memorial Day, with cities more inland, such as Pasadena could see 90 degrees. For desert regions like Palm Springs, the mercury could climb to triple-digits next week.

Get ready for period of hot weather across much of SW Cal next week. Hottest areas will be interior locations including the Antelope Valley where an Excessive Heat Watch has been issued valid from Tue afternoon thru early Thu eve. Triple digit heat expected. #cawx #Socal #LAheat pic.twitter.com/qi7lfWLzJw

Down the coast, the weather service issued an excessive heat watch for Coachella Valley, San Diego County Deserts and San Gorgonio Pass, indicating that triple-digit highs are expected next week:

* WHAT…Dangerously hot conditions. High temperatures 104 to 109 degrees Tuesday. Wednesday and Thursday will be the hottest days with high temperatures of 108 to 112 degrees expected.

* WHEN…From Tuesday afternoon through Friday evening. * IMPACTS…Extreme heat will significantly increase the potential for heat related illnesses, particularly for sensitive groups and those working or participating in outdoor activities.

A long-duration heat event is in store for the valleys and deserts next week, with Tue-Thu as the hottest days. The lower deserts could see highs up to 113 degrees on Wed/Thu.

Stay cool and hydrated, especially if you will be outside! #cawx pic.twitter.com/xY0gYoHaan

SoCal folks will have to flock to the coast to get some relief for the next seven days. Some beaches in Southern California have opened up with new social distancing rules (and by the way, some residents are not happy).

Rising temperatures are expected across the state through end month

Average temperatures are going to be way above normal for much of the lower West Coast into the first week of June.