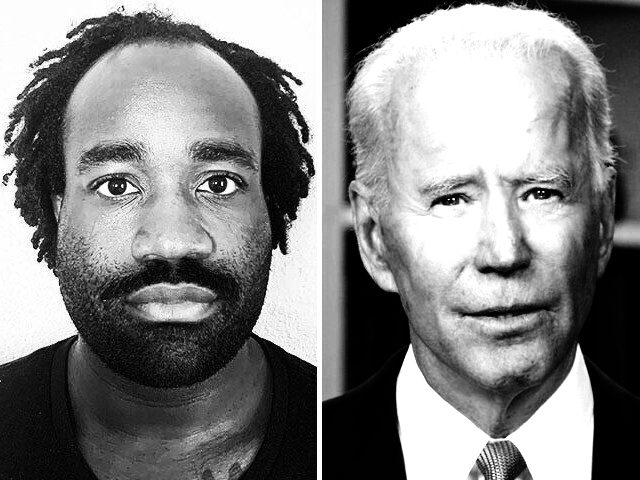 Hudson: A Deplorable Moment for Every Black American in This Country

Joe Biden saying, “You ain’t black” if you’re on the fence about voting for him over President Donald Trump is beyond insulting. Am I insulted? Hell yes. Am I surprised? Hell no.

I’ve been called a coon “with bad African blood” because my skin is black, and I’ve never, nor would I ever, vote for a Democrat. And why the hell would I? The Democratic Party was founded in the 1820s in part to preserve chattel slavery in America. After the Civil War, pro-slavery zealots in the Democratic Party became pro-segregation barbarians who brutalized, terrorized, and lynched those of my parents and grandparents’ generation if they even thought about voting for a Republican.

Today, there’s no shortage of Democrats who oppose school choice, despite the fact that school choice measures have been beneficial to and, thus, widely supported by black and Hispanic parents in states such as Alabama, Louisiana, New Jersey, and Tennessee. Today, the line of pro-abortion Democrats could stretch from the earth to the moon and back, despite the fact that in some cases, more black babies are aborted in one year than are born alive. Those same pro-abortion Democrats shriek, endlessly, about how black lives matter, but are silent when hundreds of thousands of black lives are ended in the womb. Today, there are Democratic governors such as Gavin Newsom in California and Andrew Cuomo in New York who work tirelessly to disarm black gun owners in their respective states while simultaneously letting criminals free from prison in response to the Chinese coronavirus.

As far as the Democratic Party has historically been concerned, black people are property or political props. Meanwhile, President Trump celebrated record low black unemployment in January on Martin Luther King, Jr. day. Trump has also allocated more money to historically black colleges and universities than any other president in U.S. history.

Biden spokeswoman Symone Sanders said the former vice president’s remarks were made “in jest.” Biden later admitted he made a mistake, saying, “I shouldn’t have been such a wise guy.” After saying it, Biden’s smile looked about as forced and fake as the dentures it revealed. But if Joe Biden questioning the blackness of America’s roughly 17 million black voters was said “in jest,” then why would a Biden spokesperson need to tell us it was a joke? The Internet sure doesn’t think it’s funny. Responses range from rage to disgust.

“Well, the dummies aren’t even smart enough to understand my humor,” Team Biden logic goes. “So let’s just tell them it was a joke. Our allies in the media know what to do from here.” Again, this is what the Democratic Party has always been.

The Democrats’ last presidential nominee called millions of Americans supporting Trump “deplorable” and “irredeemable.” Hillary Clinton didn’t apologize for saying that. She even later cracked jokes about those comments at an Alfred E. Smith Memorial Foundation Dinner. The elite media circled the wagons. But in the end, Hillary paid a political price. Trump thumped her just a month later.

Clinton’s Deplorable Moment set her White House hopes on fire. But will Biden’s?

If you’re black and you’re not offended by Joe Biden questioning your blackness if you don’t support him, would you be offended if President Trump said the same thing? If yes, why? We all know there’s a double standard at play here. Okay. But if Trump said, “You ain’t black if you don’t vote for me over Biden,” it would almost certainly end his chances at reelection. But Biden saying the same thing wouldn’t? Again, why wouldn’t Biden whitesplaining blackness implode his presidential campaign? I really don’t care if it does. But why would one man be given a pass and the other castigated out of contention?

If Joe Biden said, “You ain’t Jewish” if you vote for Trump, would that not be deemed antisemitic? A deathblow to Biden’s candidacy? The logical conclusion here is gross. Joe Biden may well be given a pass for this racist remark (said “in jest”) because he’s a Democrat. If that’s true — as it often is in similar instances — and Biden is given a pass, what does that say about how black voters are viewed and valued in the eye of those doing the forgiving?

Republican Sen. Tim Scott is black and offended by Biden’s remarks. Is Barack Obama? What about Sen. Kamala Harris (D-CA) or Stacey Abrams? Both women are black and are rumored to be on Biden’s shortlist for vice president. If they’re not, why not?

Biden’s comments came just one day after the media ran wild with a Quinnipiac poll showing how 81 percent of black Americans said they would vote for Biden, while only three percent would vote for Trump if the election were held today. “I come from a state that is the eighth largest black population in America, the eighth largest. I get 96 percent of that vote for the last 40 years. … That’s how I get elected, every single time,” Biden said.

With that kind of entitlement and years of lopsided support from black Americans, is it really all that surprising, then, that Joe Biden would think and then say in front of a national audience something so racist?

This is, however, the same man who spent last summer defending and then apologizing for his record of working with segregationist senators in the 1970s.

Joe Biden let the mask slip in the most incredible way. What a disgusting and despicable display of racial superiority, dominion, and ownership over an entire group of Americans.

One thing’s for certain: “This is a big fucking deal.”