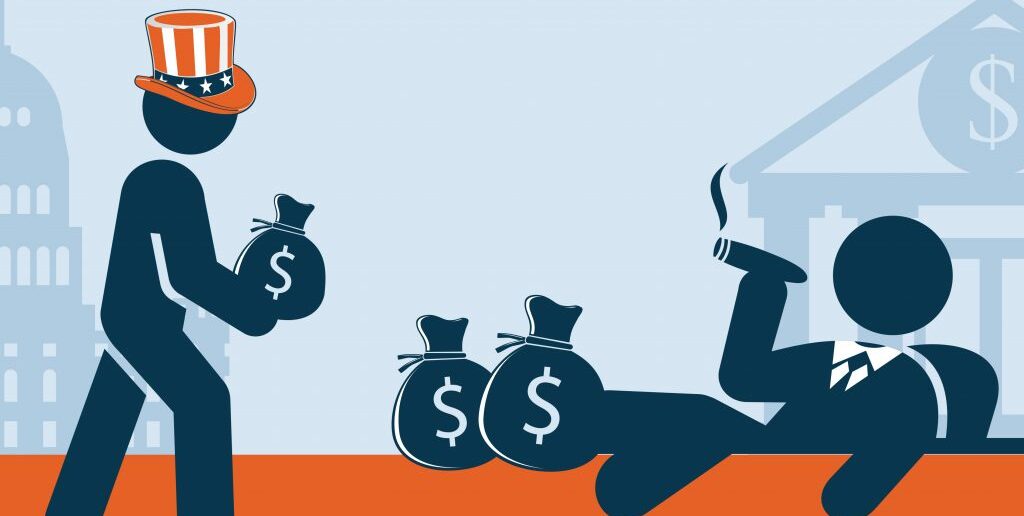 How The Bottom-Up Bailout Will Impact The Future

Authored by MN Gordon via EconomicPrism.com,

The lockdown of the economy by government order is proving to be a blunder of epic proportions.  Coronavirus is still on the loose.  Yet, as a result of the lockdown, the economy’s been destroyed.

Take the housing market, for instance.  According to a report from Black Knight, 4.3 million U.S. borrowers were more than 30 days late on a mortgage payment in May.  What’s more, over 8 percent of all U.S. mortgages were either past due or in foreclosure.

The succession is real simple.

Here in the ‘land of fruits and nuts’ the trend is also moving in the wrong direction.  In May, 6.85 percent of California mortgages were estimated to be “non-current.”  This troubled-loan category is composed of mortgages with missed payments plus those formally in the foreclosure process.

The housing market’s difficulties typify the consequences of an overleveraged economy.  With vast numbers of people up to their eyeballs in debt, all it took was a brief pause in cash flows and the debt structure broke down.  To add insult, this is a government sponsored problem…

Through the wheelings and dealings of Fannie Mae and Freddie Mac, two government sponsored enterprises, lenders have an endless demand for mortgages.  Fannie and Freddie buy up the mortgages from lenders and either hold them in their portfolios or package them up into mortgage-backed securities (MBS).

If you recall, Fannie and Freddie were given a several hundred billion dollar bailout during the 2008-09 financial crisis.  Now, just over a decade later, the fermentations of another bailout are brewing.  The CARES Act was merely the warm up.

As noted above, mortgage payment fundamentals have rapidly turned negative.  Over the next several months the progression will advance from late and missed payments to mortgage defaults and foreclosures.

Without question, there will be another monster bailout.  But this bailout is bigger than just Fannie and Freddie or even the big banks.  This bailout is about a futile attempt to paper over American homelessness and poverty.  But what comes next?

These questions are not met with obvious answers.  We’ve been contemplating them for years without coming to any satisfying conclusions.  The best we can do is draw from the past, consider what’s different about the present, and make interpolations and guesses about impacts to the future.

Using this methodology, we offer the following ruminations…

How the Bottom Up Bailout Will Impact the Future

The 2008-09 mortgage bailout marked the start of a major bull market in U.S. stocks.  This was partly because the Fed pushed the federal funds rate to zero and swapped cash for the trash toxic assets of securitized mortgage debt.  This flooded the financial system with liquidity.

The future is now approaching.  But what will the future bring?  Namely, what type of bailout will the Fed, in concert with the Treasury, deliver?  Will it be another top down bailout similar to 2008-09?  Or will it be something entirely different?