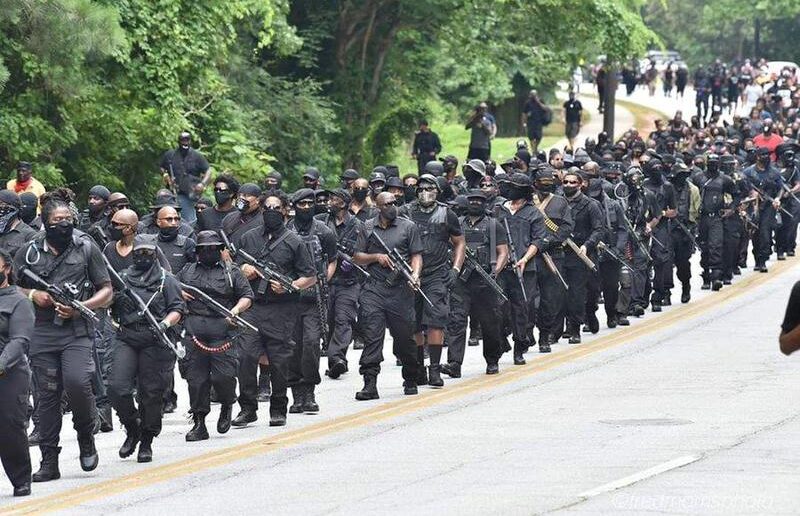 NFAC's leader Grand Master Jay describing how he will build his black ethnostate inside the United States.
boasting they are all ex-military extremely disciplined & experts shooters..gonna end really bad for these guys.. pic.twitter.com/FKPCT8pRRC

The group, known as Not F**king Around Coalition (NFAC), marched through Stone Mountain Park near Atlanta on Independence Day, calling out white militias, along with protesting one of the largest Confederate monuments in the country, reported Reuters.

Hundreds of heavily armed NFAC members, predominantly African Americans, were seen dressed in black combat gear with military-style rifles – quietly marched up a road in the park in two columns.

One clip shows what appears to be an NFAC leader directing a right and left column of heavily armed members up a road.

Another video shows the group coming to a stop on the road with an unidentified man shouting into a loudspeaker challenging white militias.

The Not Fucking Around Coalition (NFAC) militia in Stone Mountain, Georgia called out all rednecks and white supremacist militias "We here, where the fuck you at?". (📹@VlanciPictures) #BlackLivesMatter pic.twitter.com/B76Ab6WUSF