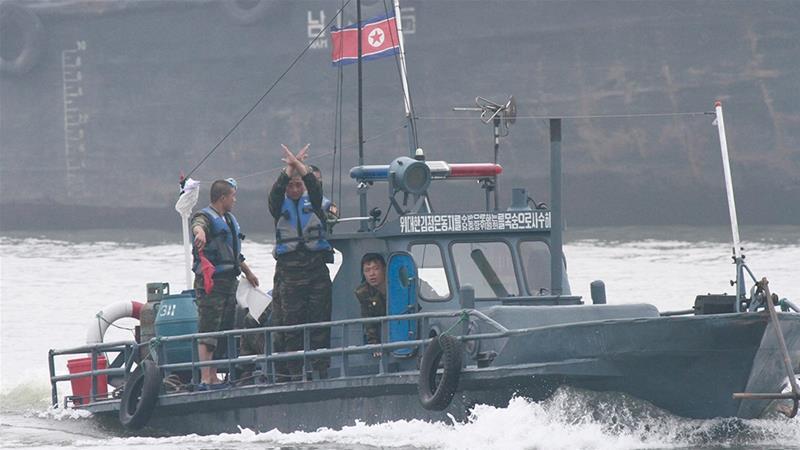 In a bizarre and alarming deadly incident in waters off Korea, a South Korean fisheries official was shot and killed by North Korean soldiers after the official was apprehended at sea.

South Korea’s defense ministry has confirmed the killing while condemning the “outrageous act” despite the belief that the South Korean man was trying to defect to the north.

The official had reportedly disappeared from a boat close to the the western border island of Yeonpyeong, Yonhap news agency reports. He was reportedly set upon by a North Korean patrol vessel while wearing a life jacket. Seoul defense sources told AFP that “circumstances tell us that there was an intent to defect.”

However, it’s clear the north considered the act deeply suspicious and likely considered he was a spy or attempting to infiltrate the border for nefarious purposes.

Shockingly, after his summary execution at sea his body was burned:

“He was shot dead in the water,” a military official told AFP. “North Korean soldiers poured oil over his body and burnt it in the water.”

The report describes that the man was questioned by North Korean soldiers while he was still in the water, after which they opened fire. The burning of the body is believed related to strict anti-coronavirus measures enforced by North Korea’s military.

“We assess it was carried out under the North’s anti-coronavirus measure,” a military official in Seoul told AFP. And Yonhap said the presumed defector’s killing took place upon orders from higher-ups in Pyongyang.

The north currently has “shoot to kill” orders in place in cases of illegal border breaches as part of its coronavirus lockdown.

The South’s defense ministry “confirmed from the analysis of various intelligence that the North shot our citizen found in its waters and cremated his body,” according to a statement.

South Korea’s defense ministry said the killing is a huge and unnecessary provocation.  “We sternly warn North Korea that all responsibilities for this incident lie with it,” it said.

The episode underscores that the two sides are still in an active state of war, and that even “defectors” from either side run the risk of being killed on the spot upon breaching the militarized border.