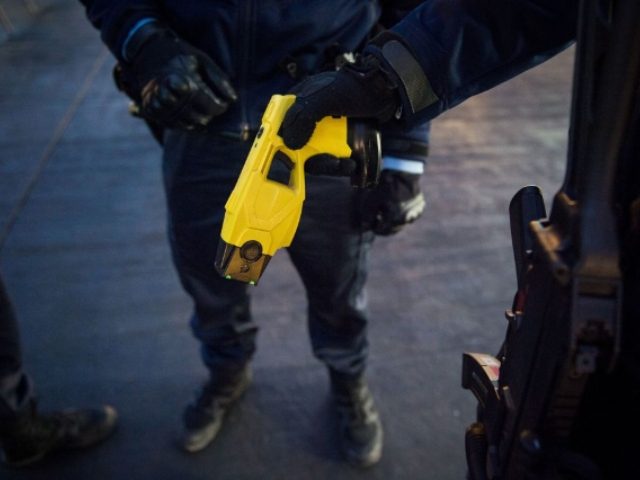 A woman attending a Logan High School football game in Logan, Ohio, was tased and arrested on Wednesday because she wasn’t wearing a mask.

Alecia Kitts, whose son goes to school in Marietta, drove to Logan to watch her son play. But a Logan police officer soon spotted her sitting without a mask among three other people, according to TheOhioStar.com.

A video shows the officer immediately beginning an arrest.

The woman who recorded the video, Tiffany Kennedy, says that Kitts has asthma, and that is why she would not wear a mask. Kennedy also says that Kitts was never warned by the officer about not wearing a mask before being so abruptly arrested.

“There is no reason to tase someone and arrest them for not wearing a mask,” Kennedy said, according to the report.

Kennedy also noted that a female police officer who ran up to the scene was not wearing a mask and only put one on as she reached her fellow officer.

A child also suffered the effects of the taser, Kennedy said.

“Alecia’s mom said that when the officer tased her, the current went through the bleachers and zapped the kid sitting there too,” she said.

Kitts was reportedly charged with criminal trespass and released.

The Logan Police Department told the Marietta Times that the incident is under investigation.

Logan Athletic Director Theresa Schultheiss added that the mask mandate is a state order, and notices were placed around the playing field.

“This rule has been in effect since we were told we could play,” Schultheiss said. “Everyone that came through ticketing tonight was reminded, we had regular announcements over the PA reminding you that mouths and noses needed to be covered and we had signs at the bathrooms.”