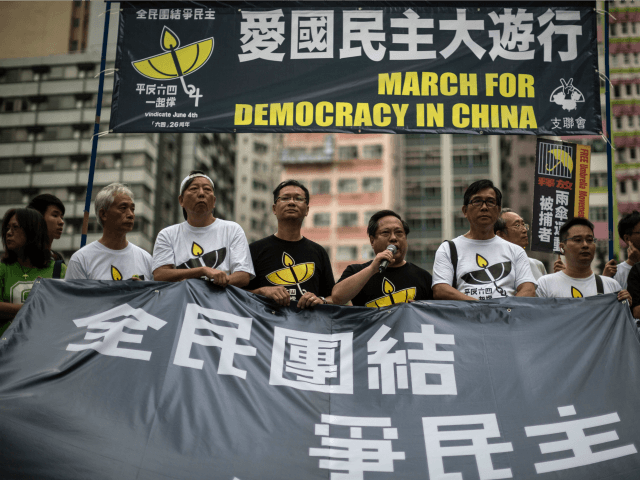 The Communist Party of China won a seat on the United Nations Human Rights Council Tuesday, a development widely decried as a global outrage given Beijing’s ongoing ethnic cleansing campaigns; widespread torture, disappearing, and killing of dissidents; and attempts to expand its repression beyond its borders.

China is currently believed to be the home of the world’s largest concentration camps, housing between 1 and 3 million people in western Xinjiang province. Most of those imprisoned are ethnic Uyghurs and other Turkic Muslims. Survivors say they experienced indoctrination, torture, slavery, and other abuses. China claims the concentration camps are “vocational training centers.”

Outside of Xinjiang, reports indicate China has begun building similar camps for ethnic Tibetans, housing 500,000 people and counting. Beijing also regularly disappears political dissidents and those participating in “dangerous” activities like Christian prayer and Falun Gong. Multiple global investigations have concluded that the Communist Party removes organs from the bodies of some live political prisoners and sells them on the black market.

Internationally, the Communist Party has intensified its efforts to censor foreign citizens. Perhaps the most high-profile case of this occurred with America’s National Basketball Association (NBA), which estimated it lost “hundreds of millions” of dollars after a team official expressed support for pro-democracy protests in Hong Kong.

Most experts predicted that China would win its campaign to be on the Council. The U.N. divides the council by regions; China was competing in the Asia-Pacific region against four other candidates for four open seats. Elected alongside China for a two-year term in the region were Pakistan, Nepal, and Uzbekistan; Saudi Arabia failed in its bid to get on the Council.

In addition to those rogue states, the United Nations elected Russia and Cuba in other regions. Eritrea and Venezuela, two other leftist rogue states, will continue their ongoing terms in the agency.

China will begin its fifth term on the Human Rights Council in 2021.

The Chinese mission to the United Nations thanked the agency for allowing it to join the council despite its increasingly grim record of human rights atrocities.

“China expresses heartfelt gratitude to member states for their support and warmly congratulates other elected members,” the mission’s official statement read. “China always attaches great importance to the promotion and protection of human rights. Following a path with Chinese characteristics, China has made great achievements in human rights development.”

“In recent years, Western media, politicians, think tanks and NGOs have never given up on attacking China by hyping its policies in Xinjiang and Tibet regions,” the outlet complained. “They are using the UN election to sensationalize things and pressure China, Jia Chunyang, an expert at the China Institutes of Contemporary International Relations, told the Global Times.”

An anonymous “expert” told the Global Times later in the piece that China would actively use its position on the council to prevent it from act against human rights violations:  “We are also working to block some Western countries from using human rights as political tools to interfere with other countries’ domestic affairs or using U.N. meetings to attack others.”

Human rights activists and free states lamented the return of China to the Council.