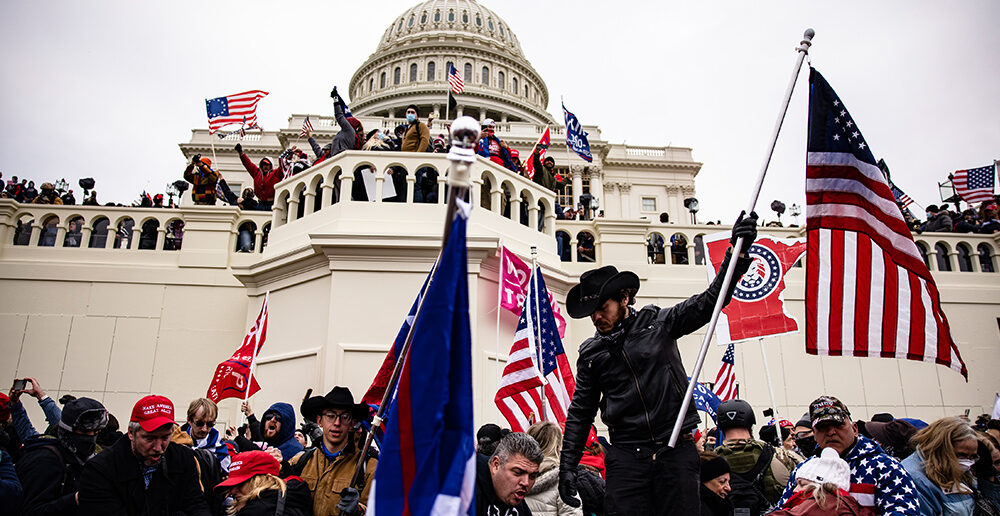 (Natural News) For weeks now, since the Jan. 6 riot at the U.S. Capitol Building — and that’s what it was, a riot, not an “insurrection” that was “incited” by President Donald Trump — supporters of the commander-in-chief have been scratching their heads.

Why? Because while undoubtedly some of his supporters did breach the Capitol Building, rioting is so very uncharacteristic of his voters and supporters.

For the past four-plus years, in fact, it’s been the far left, the anarchists, and the Black Lives Matter thugs who have rioted all across the country. Last summer, as the COVID-19 pandemic deepened, rioting became a way of life for tens of thousands of Americans.

But there were no riots tied to Trump voters and supporters. There were a lot of rallies that were well-attended by the president’s backers. But none of them resulted in riots.

Indeed, Trump supporters were often the victims of attacks by deranged leftists — all of which goes back to the initial point that rioting by Trump supporters just does’t make any sense. It is so out of character.

It appears as though that riot was instigated by more than 200 Antifa backers, according to the brother of one of them — John Sullivan, a veteran rioter who was already facing charges for engaging in violence during a Salt Lake City protest last summer.

Sullivan, you may know, was the man who took video of Air Force veteran Ashli Babbitt being shot by a plainclothes officer near the House chamber as she appeared to breach a door to the Speaker’s Lobby, one of the Capitol Building’s most sensitive areas.

But it turns out he wasn’t just a documentarian; he was allegedly partaking in the riot, and he’s since been arrested on those charges.

Now, his brother, James Sullivan, is speaking out — he believes John not only helped instigate the riot, but he did so along with some 226 other members of Antifa. (Related: Situation Update, Jan. 16th, 2021 – “Operation Trust” psyop revealed, DC prepares for large-scale WAR.)

The Sullivan brothers are quite a pair. The adopted sons of retired Air Force Maj. Gen. Kevin J. Sullivan, John and James have been on opposite sides of the ideological spectrum since the George Floyd video was released last spring. And both have built reputations of being provocateurs with John helping Antifa and Black Lives Matter while James works closely with the Proud Boys.

John Sullivan was arrested yesterday in connection with instigating the Capitol riots on January 6th. A video of him and CNN photojournalist Jade Sacker emerged this week that shows them giddy following the murder of Trump-supporter Ashli Babbitt. Now, Trump attorney Rudy Giuliani is wondering why a text message from James Sullivan was not revealed during the President’s second impeachment hearings in Congress.