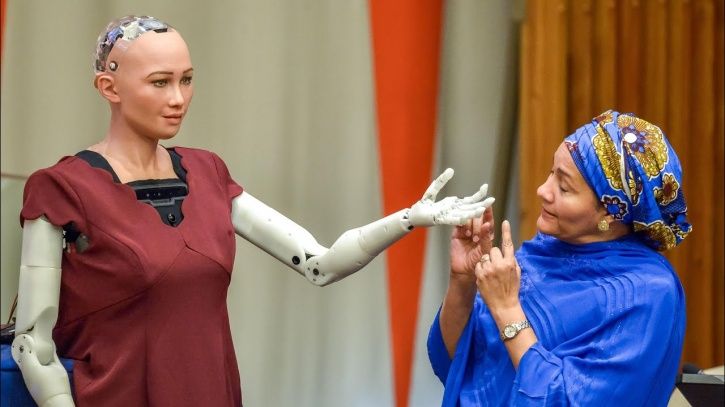 A Hong Kong-based robotics company plans to mass produce humanoid robots to replace workers across industries such as healthcare and education.

Hanson Robotics is set to launch a mass rollout of human-like robots that can compete with human workers, something the company’s founder says is needed to keep people safe in the age of the coronavirus.

“The world of Covid-19 is going to need more and more automation to keep people safe,” founder and chief executive David Hanson claims.

Hanson says the manufacturing process of putting together such robots has scaled to the point where his company can produce the AI machines in large quantities. The plan is to ramp up production of four models, including their best known model ‘Sophia’, and the new ‘Grace’ robot that are specifically built to labor in healthcare.

“Social Robots like me can help take care of the sick or elderly in many corners of healthcare and medical uses,” the Sophia robot said in a video by Reuters (it must be 2021 if robots are being quoted in the news).

“I can help communicate, give therapy, and provide social stimulation even in difficult situations,” the robot further spoke.

The ‘Sophia’ machine is best known for receiving citizenship in Saudi Arabia and being appointed the UN’s first non-human “innovation Champion.” Yes, really …

Hanson’s sale pitch is that the robots can provide for people who are “lonely and socially isolated” during these times when Covid and lockdowns still effect many populations.

“People need to be isolated from each other because to be around people is dangerous these days,” Hanson chillingly told Reuters.