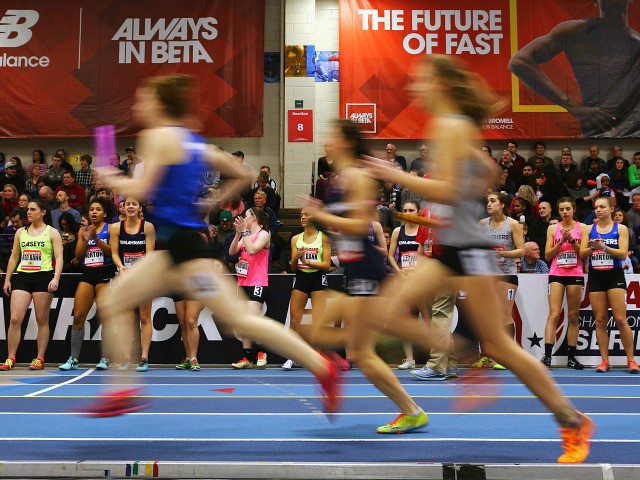 President Joe Biden released a statement Friday urging Congress to “swiftly pass” the Equality Act, a bill that would eliminate the legal recognition of male and female sex, cater to gender ideology, and designate protection for the unborn as “pregnancy” discrimination.

I applaud Congressman David Cicilline [D-RI] and the entire Congressional Equality Caucus for introducing the Equality Act in the House of Representatives yesterday, and I urge Congress to swiftly pass this historic legislation. Every person should be treated with dignity and respect, and this bill represents a critical step toward ensuring that America lives up to our foundational values of equality and freedom for all.

Full equality has been denied to LGBTQ+ Americans and their families for far too long. Despite the extraordinary progress the LGBTQ+ community has made to secure their basic civil rights, discrimination is still rampant in many areas of our society. The Equality Act provides long overdue federal civil rights protections on the basis of sexual orientation and gender identity, locking in critical safeguards in our housing, education, public services, and lending systems — and codifying the courage and resilience of the LGBTQ+ movement into enduring law.

The House is expected to vote on the Equality Act, H.R. 5, next week. The legislation, which would rewrite civil rights law to include “sexual orientation and gender identity” as protected classes, would likely upend the national culture as Americans have known it.

“The so-called Equality Act is legislative malpractice that turns equality on its head,” said Ryan Anderson, president of Ethics & Public Policy Center (EPPC), in a statement. “It isn’t drafted as a shield to protect vulnerable minorities from unjust discrimination, but as a sword to persecute those who do not embrace new sexual and gender ideologies.”

The Equality Act is legislative malpractice that turns equality on its head. It isn’t drafted as a shield to protect vulnerable minorities from unjust discrimination, but as a sword to persecute those who do not embrace new sexual and gender ideologies. https://t.co/YSWJpB6R7m

Anderson underscored the tremendous impact the legislation will have on the privacy of women and girls, as well as the punitive consequences to which faith-based institutions and organizations will be exposed at its hands:

It sacrifices the equality, safety, and privacy of women, while privileging men who identify as women: If this bill becomes law, they’d have a civil right to spend the night in a battered women’s shelter, disrobe in a women’s locker room, and compete on a women’s sports team—even children at K-12 public schools.

Religious institutions fare no better. Religious schools, adoption agencies, and other charities would face federal sanction for operating according to basic biology and mainstream Biblical teaching on sex and marriage. Outrageously, this act exempts itself from the Religious Freedom Restoration Act. Pope Francis would be treated as the legal equivalent of a Jim Crow segregationist.

Anderson noted that any questioning of transgender medical treatments and surgeries would be labeled “discrimination” if the Equality Act becomes law.

“And any refusal to support or provide abortions would now be treated as ‘pregnancy’ discrimination,” he continued. “And no one—not even the act’s sponsors—can tell us what would be required under the act to avoid committing ‘discrimination’ in the case of ‘non-binary’ gender identities.”

A new study that examined students who claim to have gender identity issues found that, compared with 45% of students who are comfortable with their biological sex, 78% of gender-disturbed students met the criteria for at least one mental health problem. https://t.co/VzNAYJFNs5

Terry Schilling, executive director of American Principles Project (APP), explained further the Equality Act will make permanent in federal law Biden’s executive order on his first day as president regarding “Discrimination on the Basis of Gender Identity or Sexual Orientation.”