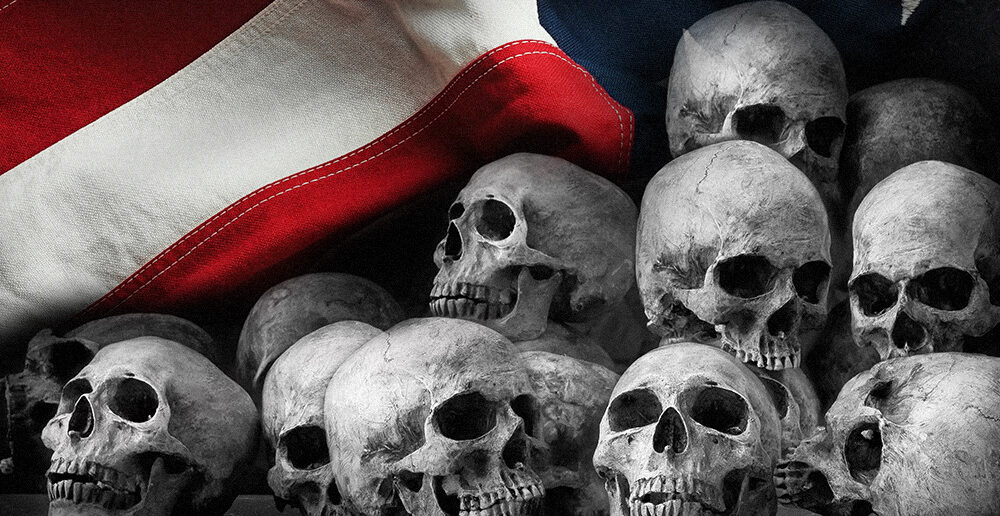 (Natural News) There are states and cities where Republicans dominate all branches of government, but the difference between those red enclaves and jurisdictions that are deep blue Democrat is the level of corruption seen in the latter.

Nowhere is this more pronounced than in the state of New York and, increasingly, in Joe Biden’s regime.

For the better part of a year, concerned New Yorkers tried largely in vain to draw attention to the deadly stupidity of the state’s Emmy Award-winning governor, Andrew Cuomo.

Last March, this dim bulb issued an order instructing nursing homes to take in coronavirus-infected patients even though at that early stage of the pandemic, health experts realized that senior citizens and older Americans with preexisting conditions were far more likely to catch the virus and die than younger people.

But for months the order remained in effect until finally Gov. Brainiac lifted it in May. In its wake, however, were thousands upon thousands of deaths — many more than the state was officially admitting to.

We just learned the extent of this diabolical stupidity last week when an audio recording of Cuomo’s top secretarial aide, Melissa DeRosa, was leaked to the New York Post in which she admitted to New York State Democrats the Cuomo regime hid the actual number of nursing home COVID deaths because “we froze.”

Gov. Andrew Cuomo’s top aide privately apologized to Democratic lawmakers for withholding the state’s nursing home death toll from COVID-19 — telling them “we froze” out of fear that the true numbers would “be used against us” by federal prosecutors, The Post has learned.

The stunning admission of a coverup was made by secretary to the governor Melissa DeRosa during a video conference call with state Democratic leaders in which she said the Cuomo administration had rebuffed a legislative request for the tally in August because “right around the same time, [then-President Donald Trump] turns this into a giant political football,” according to an audio recording of the two-hour-plus meeting.

Besides pointing to the lousy jobs those governors were doing Trump “directs the Department of Justice to do an investigation into us,” DeRosa says. “And basically, we froze.”

“Because then we were in a position where we weren’t sure if what we were going to give to the Department of Justice, or what we give to you guys, what we start saying, was going to be used against us while we weren’t sure if there was going to be an investigation,” she added. (Related: Vaccine maker pushing annual COVID-19 shots for everyone… the propaganda (and profit) never ends.)