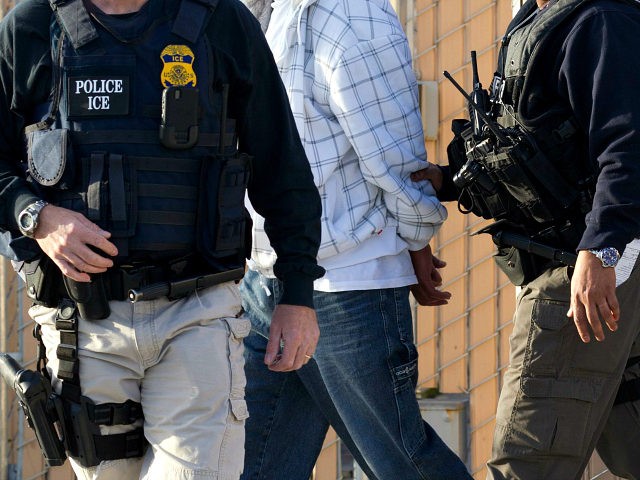 President Joe Biden’s “sanctuary country” orders, implemented at the start of his administration, have helped cut deportations of illegal aliens by 50 percent in March, a report reveals.

Likewise, Biden has dramatically cut the number of illegal aliens in ICE detention nationwide. In February, data showed that just a little more than 13,500 illegal aliens were in ICE custody, a record low.

The gutting of interior immigration enforcement is a result of Biden’s sanctuary country orders that require ICE agents to effectively not arrest or deport illegal aliens unless they are recently convicted aggravated felons, terrorists, or known gang members.

If ICE agents want to arrest and deport illegal aliens outside of this narrow scope, they must get approval from senior ICE officials in Washington, D.C. Analysis finds that the Biden orders are likely to prevent about 9-in-10 deportations of illegal aliens.

“The guidelines get us to a point where someone needs to be victimized, violently, before our immigration laws are enforced,” former ICE official Jon Feere told the Journal.

Florida, Arizona, and Montana’s Attornies General are currently suing Biden over the orders, accusing the administration of violating federal immigration law by providing sanctuary to most illegal aliens living in the United States.

At the state level, Florida Gov. Ron DeSantis (R) is overseeing a targeted crackdown on illegal immigration in response to the Biden orders. DeSantis’s directives include requiring state agencies to report to local authorities whenever a criminal illegal alien is released into their community due to the Biden orders.

“These are convicted felons who are here illegally,” DeSantis said. “If you can’t remove them, then what do you have? Just a complete lawless system and a complete open border?”