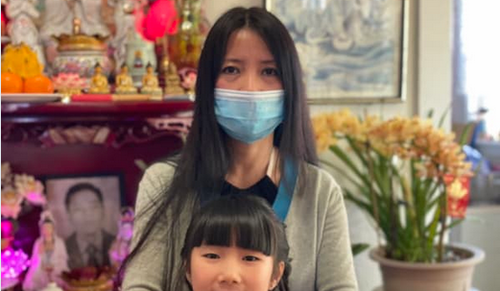 Authored by Glenn Greenwald via greenwald.substack.com,

A harrowing story of a violent crime in Oakland was reported by San Francisco television reporter Dion Lim. On Tuesday night, four armed men invaded the family home of a couple and their seven-year-old daughter. The criminals broke in as the mother was preparing to put her young daughter to bed. They tied up the couple, brutally beat the father, repeatedly threatened to murder all of them — specifically threatening that they would first shoot the daughter — and then ransacked their home over the course of a full hour, stealing all of their possessions and much of their life savings.

A GoFundMe page has been created by a family friend to tell the story and help them financially recover (their identities are being concealed pending the apprehension of the criminals). I have donated to it and encourage anyone who can to do so. But I also want to convey why this particular recent crime resonated for me and produced particularly strong levels of empathy. It is because, weeks ago, I experienced something quite similar — though thankfully without my children involved — and largely wanted to share what happened for the insights it provided me and to explain why violence of the kind this Oakland family just suffered is so brutalizing.

On March 5, I was at a farm that we have been renting during the pandemic that is roughly 90 minutes from our home in Rio de Janeiro. It is isolated and beautiful. I’ve begun my day for the last five months by feeding the chickens, rabbits, ducks, swans and peacocks that are there: a perfect way to connect to farming life. My husband and our two children had spent the week in Rio because the kids had school entrance exams that required a faster internet connection than is available at the farm. Because March 5 was the day before my birthday, they had all planned to come to the farm that day, but decided at the last second that they would come early the next morning instead.

So that night I was alone there with one off-duty police officer who works with our family to provide security. At roughly 9:30 p.m. that night, I was speaking with a friend on the telephone when I noticed that our dogs — twelve of whom were at the farm, with the rest at home — were barking incessantly and intensely for a sustained period of time, which is unusual. I ended the call to see why they were so agitated and walked out of the house toward the gate where I heard them.

Within seconds, three men wearing full black face masks descended on me, all pointing guns at me. They told me to walk toward a small stand-alone room near the house and began pushing me to go faster. Soon as I entered, I saw that two other armed men had detained the security guard, the off-duty cop, and had him laying face-down on the floor as they stood over him with guns pointed at his head.

My first thought — given a series of particularly disturbing threats we had been receiving, some of which I published — was whether this was a targeted political attack. I was relieved, to the extent one can be in such a situation, when they began demanding money. Because most of what we have has remained in our home, I did not have much of value there: a couple hundred dollars, some kitchen appliances, and clothes for ourselves and our kids. They did not believe that, which drove them to a considerable amount of anger.

They ended up staying for an hour, though it seemed like much longer. Driven by the belief that I was hiding valuables — refusing to believe my assurances that I would not do that with five men pointing guns at me — they attempted various forms of psychological terror. They repeatedly threatened to shoot the police officer in the head, repeatedly kicked him so hard that they cracked several of his ribs, ordered me to open my mouth and stuck a gun in it as they demanded to know where the rest of the money was, smashed my phone and tablet against a wall when they could not figure out how to erase the hard-drive, and just generally tried to create a climate of extreme fear. Most of the hour was spent with them ransacking every part of the farm, including our kids’ rooms.

Once they were finally done, they demanded the keys to the car we had there. They then ordered both of us to go to a separate small house near the back of the farm. They put us in a room, used cords to tie our arms behind our backs and bound our legs together, then locked the door. Once we heard the car leave, we worked on freeing ourselves, which took roughly fifteen minutes, and then used the computer they had idiotically left to call my husband and the other police officers who work with us at the farm. By sheer coincidence, the electricity in the area was shut off roughly ten minutes after they left, leaving us in the pitch dark as we waited. Within thirty minutes, multiple officers arrived.

It was clear to me almost from the start that these were not professional criminals. They were more nervous, agitated, desperate and disorganized than brutally or cooly efficient. That night, after leaving, they foolishly committed at least three other armed invasions of stores in the area using the car they stole from us: a car registered in the name of my husband, a member of Congress. As a result, they ended up filmed by several security cameras. The police found the abandoned car the next day, and their investigation quickly uncovered the identity of the thieves. Between the five of them, they stole, at least from us, no more than two thousand dollars worth of value: a small amount of cash, a microwave, kitchen appliances and even food such as large packs of rice and beans. The most valuable item they took was the police officer’s gun.

As I reflected on what happened over the last few weeks, certain insights stayed with me. One baffling aspect was the behavior of my dogs: all twelve of them — typically quite agitated when people they do not know are near us and who, like all dogs, are able to feed off energy: they know when a person is fearful or threatening and when they are friendly — somehow knew to sit calmly and remain distant. As a result, none, miraculously, was hurt. Dogs perceive and understand the world in ways that I am convinced humans have not fully apprehended (and from which we can learn).

I also was struck by how desperate these armed invaders seemed to be. At one point, when two of them took me to a different structure near the back of the farm where I told them there was a little more cash, one of them said to me — almost with a bit of compassion and gentility — that I did not need to worry as long as I did not react, because they were there not to kill anyone but to steal because, he said, they had no jobs. But then minutes later, they were back to threatening, and it was after that that they physically assaulted the officer and put the gun in my mouth. They would frequently issue demands — such as telling me to get a credit card to use phone apps to transfer money to their account — only to abandon the plan seconds later and frenetically move to some other idea. The main concern was that with five of them, you only need one to be sufficiently unhinged or impetuous for real violence to start.

I was reluctant to write about this — up until the moment I hit “publish” — only because there is always a discomfort with writing about one’s own life, the danger that it seems too self-referential. But I was encouraged to do so by several colleagues and friends who argued it is beneficial to remind people of the impact of this kind of violent crime, especially given what just happened to this family in Oakland. For whatever reasons, I recovered fairly quickly but the police officer had it much worse than I did.

Unlike me — who was able to sit in a chair for most of the hour and watch what they were doing and talk to them, which bestows a type of control and a task: to remain calm — he was forced for the full hour to stare at the floor, not knowing what was happening except that he was being constantly threatened and then physically assaulted. That it is very common in Brazil for criminals to automatically kill police officers naturally intensified his anxiety. He was on the floor just a few feet from where I was sitting and my greatest fear was that they would shoot him in front of me, knowing that once that kind of violence starts, it is likely not to be contained. It took three weeks for him to physically recover and is now, quite understandably, on psychiatric leave from the force.

But by far the most consuming thought I had was how grateful I am that my two children were not there. Had my husband not decided at the very last minute to come the next morning rather than that night, they would have been there. And — beyond what would certainly have been the added danger of having more people present— I just cannot fathom what that would do to a child, and how terrifying it would be for yourself to know your children could be harmed. I could not go back to the farm after that day — I wanted to — because I knew the memories would be too vivid. The deprivation of security that it imposes on your brain is intense no matter who you are, so I have zero doubt that trauma would stay with a child forever.

That, more than anything, is what made me so affected by reading about the story of what happened to this family. They had to endure it with their seven-year-old daughter present. The home invaders threatened explicitly to shoot her first. And in the interview which this sympathetic reporter did with the child, she spoke of how she cannot escape the feeling that they are going to come back, a fear I am certain will remain with her for a long time if not forever: