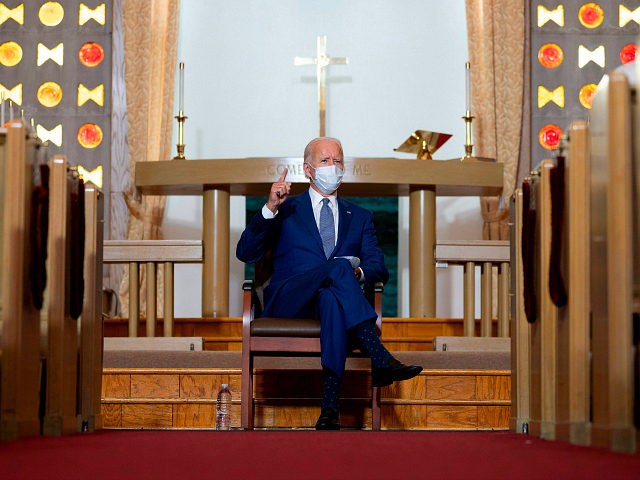 The Washington Post described Joe Biden as a “very Catholic President” who supports abortion, despite Church teaching condemning the practice as a heinous moral evil.

“A rising group of right-wing U.S. Catholic bishops is colliding with a very Catholic president who supports abortion rights,” the Post posted online Thursday, in reference to the drafting of a document by the U.S. Conference of Catholic Bishops (USCCB) to clarify the issue of the reception of Holy Communion by public figures who promote abortion.

The Post’s choice of words was curious, to say the least, and seemed to reflect either ignorance regarding perennial Church teaching on abortion or a disingenuous attempt to cast all believing Catholics as right-wing fanatics.

In its official teaching, the Catechism of the Catholic Church states: “From the first moment of his existence, a human being must be recognized as having the rights of a person — among which is the inviolable right of every innocent being to life.”

Abortion “is gravely contrary to the moral law,” the Catechism declares, and therefore a person who procures an abortion incurs ex-communication from the Church “by the very commission of the offense.”

Saint John Paul II wrote, “direct abortion, that is, abortion willed as an end or as a means, always constitutes a grave moral disorder, since it is the deliberate killing of an innocent human being.”

Attentive social media users were quick to spot the oxymoron of a “very Catholic” president who “supports abortion rights.”

Calling someone who supports abortion rights very Catholic is like saying “a devout Muslim who loves pork,” quipped pro-life champion Lila Rose. “It would be an insult to Muslims & this headline is an insult to Catholics.”

Others wondered aloud why the Washington Post set itself up as the arbiter of what constitutes “very Catholic.”

The U.S. bishops’ letter Faithful Citizenship, a “teaching document on the political responsibility of Catholics,” underscores the evil of abortion, suggesting it is not “just another issue” to be weighed against prudential matters such as immigration laws or a carbon tax, but stands out as a singularly egregious moral evil.

“The threat of abortion remains our preeminent priority because it directly attacks life itself, because it takes place within the sanctuary of the family, and because of the number of lives destroyed,” the bishops declared in the letter.