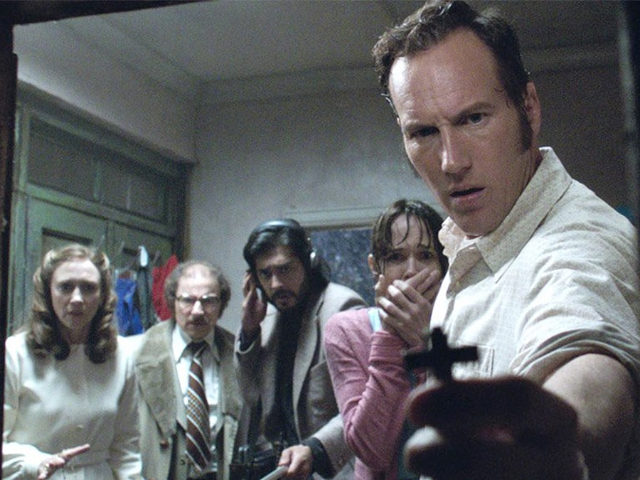 ‘Conjuring 3: The Devil Made Me Do It’ Review: Simple Christian Decency vs. Pure Evil

The Conjuring 3: The Devil Made Me Do It is the eighth chapter of the eight-year-old Conjuring universe and the second sequel to the one that started it all, 2013’s knock-out, The Conjuring, which is still the best of the series by a country mile.

The Conjuring and its 2016 sequel had two things in common. Both were supernatural, haunted house thrillers and both starred Vera Farmiga and Patrick Wilson as Lorraine and Ed Warren, a real-life married couple who spent their lives investigating the paranormal. The Warrens were also devout Catholics totally devoted to one another.

This new chapter thankfully holds on to Farmiga and Wilson but wisely jettisons the haunted house setting. The Devil Made Me Do It is more along the lines of a race-against-the-clock procedural, which is a nice change of pace but admittedly a letdown for horror fans like myself looking to re-experience the original Conjuring’s unbearable sense of dread.

The Devil Made Me Do It is based in part on the true story of the Warrens’ involvement in a 1981 case involving the exorcism of a young boy that led to a brutal murder. The murderer, Arne Johnson, pleaded Not Guilty by Reason of Demonic Possession. Because they believed him, the Warrens fought for his acquittal.

In the movie, (I don’t know how much of the following is based on the actual case) to prove Arne was indeed possessed and to save him from the electric chair, the Warrens are under the gun to not only convince a jury demonic possession is real, but to put an end to a satanic ritual that, if completed, will cost a number of innocent people their souls.

What makes The Devil Made Me Do It work is not the plot (which, at least until the third act, feels episodic) or its jump scares (which is all it has), but Wilson and Farmiga and a powerful theme about how evil has no motive other than the defilement of innocence and chaos, and can only be stopped (albeit temporarily) through vigilance, decency, and faith in Christ.

What the Conjuring trilogy offers us is something truly rare these days:  two uncomplicated, utterly sincere married protagonists who are deeply in love, who live by their Catholic faith, seek to do good, and who are portrayed by Hollywood as just that. And it works. The Warrens have no dark side, no moral flaws, which is what makes them so fascinating, relatable, and heroic.

Modern-day Hollywood will tell you characters without moral flaws are boring, but this of course is a crutch and pure rubbish. Not only does the Conjuring  prove that a lie, so too did much of Hollywood’s Golden Age.

Not to get too far off track, but a good example is the difference between J. Lee Thompson’s original Cape Fear (1962) and Martin Scorsese’s overwrought 1991 remake.

While Scorsese’s remake had all the advantages of a massive budget, an A-list cast (Robert De Niro, Jessica Lange, Nick Nolte), and none of 1962’s boundaries on explicit content, it is still by far the lesser of the two. Why? Well, there’s a few reasons, but the primary one is Scorsese perverting the very thing that made the original so compelling, what made it a stone-cold classic.