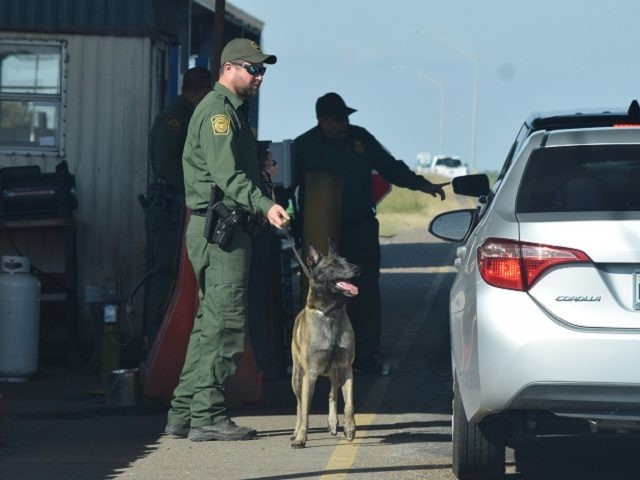 A law enforcement source within U.S. Customs and Border Protection (CBP) tells Breitbart Texas that the unfolding Haitian migrant crisis is forcing the agency to shut down normal operations at all inland Del Rio Sector Border Patrol highway checkpoints. Staffing typically reserved for inspecting thousands of vehicles daily will be diverted to assist with the care, transport, and processing of 10,000 mostly Haitian migrants currently detained under the Del Rio International Bridge.

According to the source not authorized to speak to the media, the shutdown will begin at 12 am local time on Friday and last until an orderly process to deal with the migrants at the makeshift camp is established. The immigration checkpoints are the last line of defense for the Border Patrol.

In addition to a brief citizenship inspection at the checkpoints, Border Patrol deploys K-9s trained to detect concealed humans and narcotics. Non-Intrusive backscatter X-ray inspections of vehicles are used to scan for concealed cargo as well. Radiation detection equipment is used to look for radioactive materials.

Three checkpoints will be closed to allow full staffing reallocation to the Haitian bridge crisis. Two more will close for vehicle inspections but will still be used to process and detain migrants.

The source says the agency will be transferring a senior level manager from outside the sector to oversee the crisis at the makeshift camp. The source believes these changes are a sign that the Border Patrol will attempt to deal with the crisis using mostly in-agency resources.

Meanwhile, the source complaints that smugglers will not need to use back roads or walk migrants around inspection stations to illegally move migrants into the U.S.

The makeshift camp receives hundreds of migrants per hour.