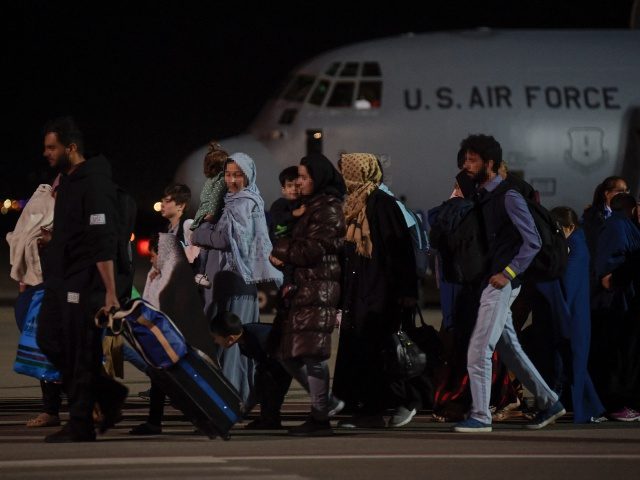 Joe Biden Conceals How Many Afghans on ‘No Fly List’ Sought Entry to U.S.

President Joe Biden’s agencies are refusing to disclose how many Afghans on the federal government’s “No Fly List” have sought entry to the United States since beginning their massive resettlement operation currently underway.

Last month, Sen. Chuck Grassley (R-IA) sent a letter to top Biden officials asking that the administration share the number of Afghans with ties to terrorism, the Taliban, the Islamic State (ISIS), and Al Queda who have sought entry to the U.S.

What was the rationale for the State Department’s apparent decision to transmit a generic visa document to thousands of American citizens and SIV applicants in Afghanistan? Can you please provide a thorough explanation of what specific groups of individuals actually received it and what procedures were put in place to ensure that bad actors were not able to utilize the document to gain access to HKIA or evacuation flights? [Emphasis added]

Grassley asked officials to respond by September 7. To date, though, the officials have yet to respond to Grassley’s request for answers on the vetting process of Afghans.

This week, a number of House Republicans with the Republican Study Committee (RSC) sent a letter to top Biden officials requesting information on how agencies are vetting Afghans with incomplete databases and as many do not have paperwork or identification cards to prove who they are.

The Republicans want to know how many Afghans have failed the vetting process, a figure that Department of Homeland Security (DHS) Secretary Alejandro Mayorkas has refused to disclose. The Republiocans write:

This vetting has already failed in the case of Afghan nationals. An Afghan male convicted of rape in the United States and deported by DHS was evacuated from Kabul, allowed to enter the United States, and not caught until he arrived at Washington Dulles International Airport.

The Republicans also want to know which officials will be “held accountable” if Afghans brought to the U.S. commit crimes against American citizens.