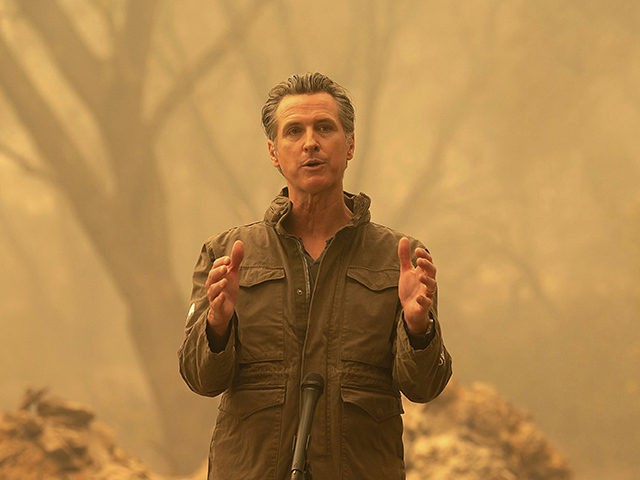 This law follows Newsom’s 2020 executive order that prohibits the sale of all gas-powered vehicles by 2035. According to the AP, “state officials say running a gas-powered leaf blower for one hour emits the same amount of pollution as driving a 2017 Toyota Camry from Los Angeles to Denver, a distance of about 1,100 miles.” The law prohibits the sale of small gas-powered off-road engines on or after January 1, 2024, or as soon as state regulators determine it is “feasible,” whichever date is later.

The law further requires regulators to offer rebates for California residents who switch out their gas-powered equipment for new zero-emission alternatives. In addition, according to The Hill, $30 million is allocated to support professional landscapers in making the switch.

This is a pretty modest approach to trying to limit the massive amounts of pollution that this equipment emits, not to mention the health impact on the workers who are using it constantly.

However, critics of the law cite California’s increased costs to small businesses and the state’s widespread blackouts as significant flaws. Andrew Bray, vice president of government relations for the National Assn. of Landscape Professionals, stated that zero-emission equivalents cost more than double the $7,000 to $11,000 price of gas-powered lawnmowers.

According to the LA Times, Bray also said, “a three-person landscaping crew will need to carry 30 to 40 fully charged batteries to power its equipment during a full day’s work,” which is another major expense for California landscaping businesses.

California State Senator Brian Dahle (R-Bieber) said, “This Legislature hates fuel, which is very sustainable. It’s easy to access. And when the power is off, you can still use it. You can still run a generator to keep your freezer going, to keep your medical devices going. But when your battery’s dead and there’s no power on, you have nothing.” Dahle’s criticism comes in light of the blackouts that affect the state during its wildfire season.