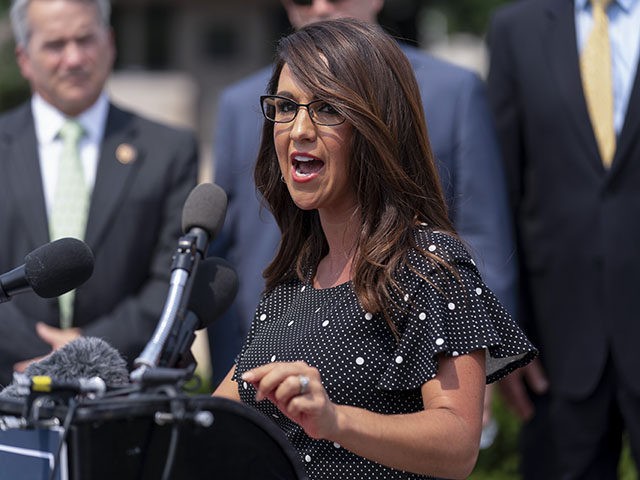 Rep. Lauren Boebert (R-CO) is demanding President Joe Biden’s Department of Justice (DOJ) provide the data behind its recent claim of “an increase” in “threats of violence” against local school officials, a charge the DOJ is using to justify mobilizing the FBI.

Boebert, a House Freedom Caucus member and outspoken critic of the Biden administration, wrote Thursday in a letter obtained by Breitbart News to U.S. Attorney General Merrick Garland that she wants a copy of current data and “all the data from previous years that can corroborate” Garland’s increased threats claim.

“I am alarmed by your decision to weaponize the Department of Justice (DOJ) against concerned parents, exercising their First Amendment rights, who dare to oppose the teaching of critical race theory, a repulsive and racist ideology, in their children’s’ schools,” Boebert wrote, adding her requests for data.

Read a full copy of the letter below:

Garland announced in a memo Monday that he was directing the FBI to meet with state and local officials because “in recent months, there has been a disturbing spike in harassment, intimidation, and threats of violence against school administrators, board members, teachers, and staff who participate in the vital work of running our nation’s public schools.”

The attorney general observed that such behavior is illegal, to which Boebert contended that the criminal activity Garland is referring to is in reality parents “expressing their frustrations about mask mandates and critical race theory which conveniently run counter to this regime’s agenda.”