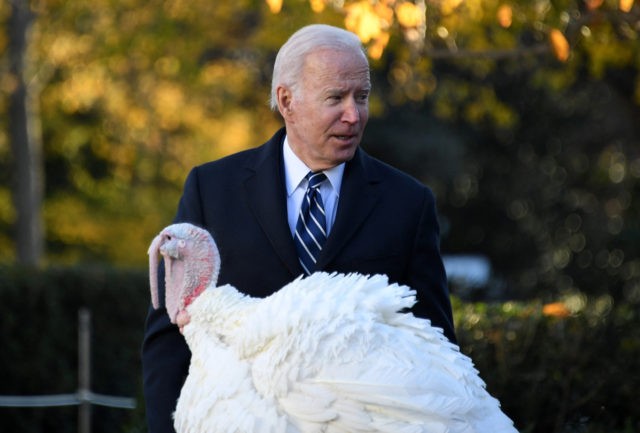 On Most Expensive Thanksgiving in History, Biden Says ‘America’s Back’

Biden called into Al Roker’s coverage of the Macy’s Thanksgiving Day Parade, when the host wanted Biden’s “message to the American folks on this day.”

“My message is after two years, you’re back, America’s back, there’s nothing we’re unable to overcome, Al,” Biden said. “And you’re one of the reasons for that. You’re always up and moving.”

Roker thanked the 79-year-old and told him “Santa is coming,” to which the president replied, “I’m waiting for Santa.”

Did you catch the moment when President Biden and First Lady Dr. Jill Biden gave @alroker a call at the #MacysParade?

Americans are facing the most costly Thanksgiving on record, as Breitbart News’s John Carney reported, “thanks to the inflationary fiscal policies of President Joe Biden’s administration.”