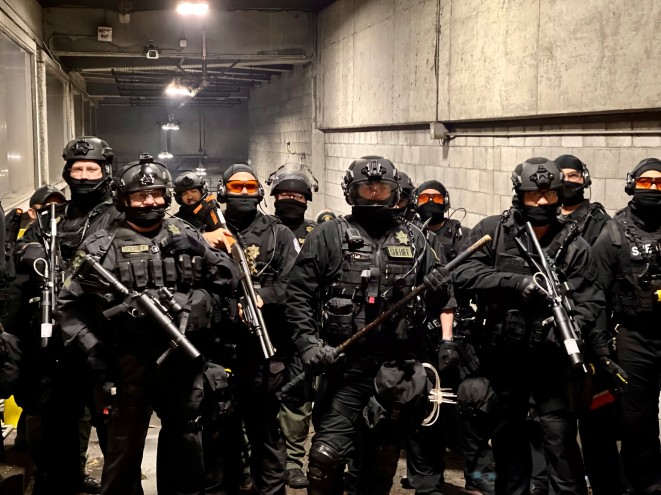 Update (Saturday 0715 ET): The reports turned out to be correct. Protests were seen in multiple cities, and a riot was declared in Portland, Oregon, hours after Kyle Rittenhouse’s acquittal.

Protests were observed in downtown Brooklyn, New York; Boston, Massachusetts; Chicago, Illinois; and Portland, Oregon. Focusing on Portland, a riot was declared at 9 p.m. local (or 2400 ET) after hundreds of demonstrators unleashed their liberal rage by smashing windows and hurling objects at police.

After Kyle #Rittenhouse was found not guilty, #antifa in Portland organized an attempt to break inside the Justice Center to burn it down. They attacked police & also smashed up a passing driver's vehicle & targeted nearby buildings. Police declared a riot https://t.co/KhALOWp8AC pic.twitter.com/EA8nVZMPg1

#Antifa launched an attack on the Justice Center in downtown Portland, Ore. overnight following the #Rittenhouse verdict. They chanted about wanting to burn down the building, which houses inmates, the central police station & the sheriff's office. https://t.co/VNYxMtszuQ pic.twitter.com/sgtZEViQpo

URGENT! Police in Portland Oregon have just declared a riot.

Right now Rioters dressed in black are breaking windows of several government buildings. All police precincts are responding. 911 callers will experience long wait times due to this incident. pic.twitter.com/hmqITYNkGa

There are calls for more demonstrations today.