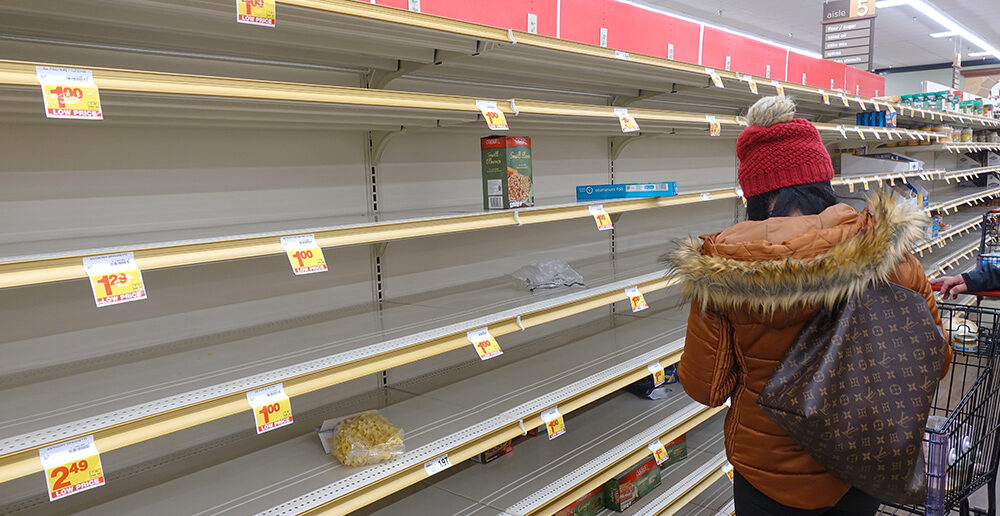 Retailers to raise prices for thousands of food products in 2022

(Natural News) With the inflation crisis expected to persist well into 2022, multiple large retailers have already announced their plans to raise their prices next year.

Earlier this month, Mondelez CEO Dirk Van de Put said that the company’s most popular products like Oreo cookies, Ritz crackers and Sour Patch Kids will be more expensive next year. “We, at the moment, are looking at starting off 2022 with a seven percent increase in the U.S.,” he said during an interview.

Van de Put blamed the price increase on inflation. The company is already expecting to see its operating costs next year jump by six percent due to transportation shortages and higher commodity prices. To keep the company’s profit margins intact, Mondelez executives agreed on a seven percent price increase.

This announcement was followed by similar statements released by General Mills, Tyson Foods, Kraft Heinz and Procter & Gamble. All these companies are planning to hike their prices beginning next year. (Related: Tyson Foods announces 30%+ price hike for beef and pork as food inflation explodes.)

General Mills’ price increase will take effect in mid-January. It will affect hundreds of items across dozens of brands, including Fruit Roll-Ups, Betty Crocker, Cheerios, Cinnamon Toast Crunch, Lucky Charms, Reese’s Puffs, Trix and more. The prices for some items are expected to increase by as much as 20 percent.

The company said the price increases are a response to higher materials and labor costs.

“The current operating environment is as dynamic as we’ve experienced in at least a decade, resulting in significant input cost inflation, labor shortages and challenges servicing the business,” said General Mills in a statement.

“We expect to fully offset inflation with both pricing and cost reductions,” said CEO Michael Hsu. “Margin improvement is a fundamental pillar of what we need to do for the company.”

Swedish furniture company IKEA also announced that it was raising prices next year. According to the company’s financial summary for the fiscal year 2021, the company has struggled to keep its warehouses and stores fully stocked amid the “steep increase” in the costs of raw materials, transportation and labor.

The financial summary noted that the company had to shell out an additional 250 million euros ($280.4 million) just to mitigate the added costs the company incurred due to supply chain disruptions.