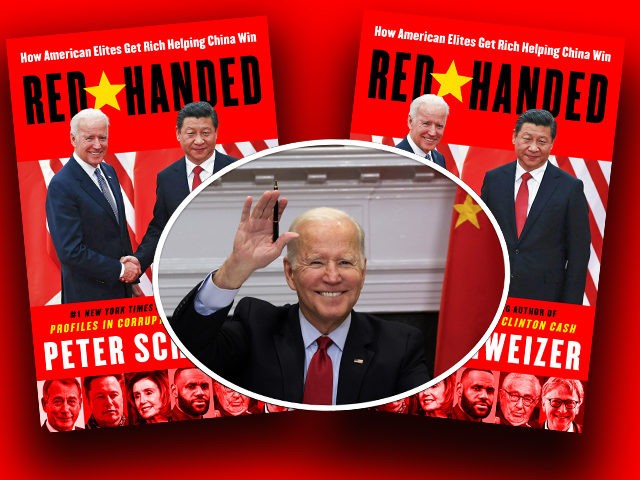 Schweizer, who is the president of the nonpartisan Government Accountability Institute (GAI) and a Breitbart News senior contributor, spent over a year conducting the research for Red-Handed with his team of forensic investigators, according to publishing giant HarperCollins.

Although the book remains under a strict embargo, the publisher states that the six-time New York Times bestselling author and his team scoured “a massive trove of global corporate records and legal filings to uncover the hidden transactions China’s enablers hoped would never see the light of day.”

Last week, Schweizer, who is also the host of the DrillDown podcast, stated that the revelations in Red-Handed are the “scariest” of his quarter-century career as an investigative journalist.

Former congressman Jason Chaffetz, a distinguished GAI fellow, tweeted: “Exposed. @peterschweizer does the best research. There are going to be some people who won’t want this published.”