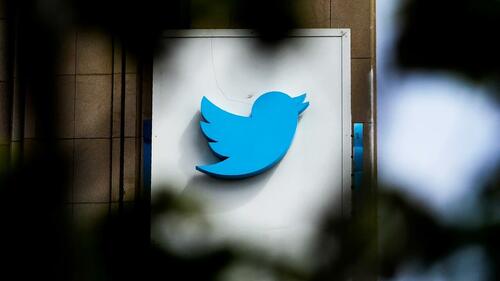 The Federal Bureau Of Tweets: Twitter Is Hiring An Alarming Number Of FBI Agents

Twitter has been on a recruitment drive of late, hiring a host of former feds and spies. Studying a number of employment and recruitment websites, MintPress has ascertained that the social media giant has, in recent years, recruited dozens of individuals from the national security state to work in the fields of security, trust, safety and content.

Chief amongst these is the Federal Bureau of Investigation. The FBI is generally known as a domestic security and intelligence force. However, it has recently expanded its remit into cyberspace. “The FBI’s investigative authority is the broadest of all federal law enforcement agencies,” the “About” section of its website informs readers. “The FBI has divided its investigations into a number of programs, such as domestic and international terrorism, foreign counterintelligence [and]cyber crime,” it adds.

For example, in 2019, Dawn Burton (the former director of Washington operations for Lockheed Martin) was poached from her job as senior innovation advisor to the director at the FBI to become senior director of strategy and operations for legal, public policy, trust and safety at Twitter. The following year, Karen Walsh went straight from 21 years at the bureau to become director of corporate resilience at the silicon valley giant. Twitter’s deputy general counsel and vice president of legal, Jim Baker, also spent four years at the FBI between 2014 and 2018, where his resumé notes he rose to the role of senior strategic advisor.

Meanwhile, Mark Jaroszewski ended his 21-year posting as a supervisory special agent in the Bay Area to take up a position at Twitter, rising to become director of corporate security and risk. And Douglas Turner spent 14 years as a senior special agent and SWAT Team leader before being recruited to serve in Twitter’s corporate and executive security services. Previously, Turner had also spent seven years as a secret service special agent with the Department of Homeland Security.

When asked to comment by MintPress, former FBI agent and whistleblower Coleen Rowley said that she was “not surprised at all” to see FBI agents now working for the very tech companies the agency polices, stating that there now exists a “revolving door” between the FBI and the areas they are trying to regulate. This created a serious conflict of interests in her mind, as many agents have one eye on post-retirement jobs. “The truth is that at the FBI 50% of all the normal conversations that people had were about how you were going to make money after retirement,” she said.

Many former FBI officials hold influential roles within Twitter. For instance, in 2020, Matthew W. left a 15-year career as an intelligence program manager at the FBI to take up the post of senior director of product trust at Twitter. Patrick G., a 23-year FBI supervisory special agent, is now head of corporate security. And Twitter’s director of insider risk and security investigations, Bruce A., was headhunted from his role as a supervisory special agent at the bureau. His resumé notes that at the FBI he held “[v]arious intelligence and law enforcement roles in the US, Africa, Europe, and the Middle East” and was a “human intelligence and counterintelligence regional specialist.” (On employment sites such as LinkedIn, many users choose not to reveal their full names.)

Meanwhile, between 2007 and 2021 Jeff Carlton built up a distinguished career in the United States Marine Corps, rising to become a senior intelligence analyst. Between 2014 and 2017, his LinkedIn profile notes, he worked for both the CIA and FBI, authored dozens of official reports, some of which were read by President Barack Obama. Carlton describes his role as a “problem-solver” and claims to have worked in many “dynamic, high-pressure environments” such as Iraq and Korea. In May 2021, he left official service to become a senior program manager at Twitter, responsible for dealing with the company’s “highest-profile trust and safety escalations.”

Other former FBI staff are employed by Twitter, such as Cherrelle Y. as a policy domain specialist and Laura D. as a senior analyst in global risk intelligence.

Many of those listed above were active in the FBI’s public outreach programs, a practice sold as a community trust-building initiative. According to Rowley, however, these also function as “ways for officials to meet the important people that would give them jobs after retirement.” “It basically inserts a huge conflict of interest,” she told MintPress. “It warps and perverts the criminal investigative work that agents do when they are still working as agents because they anticipate getting lucrative jobs after retiring or leaving the FBI.”

Rowley – who in 2002 was named, along with two other whistleblowers, as Time magazine’s Person of the Year – was skeptical that there was anything seriously nefarious about the hiring of so many FBI agents, suggesting that Twitter could be using them as sources of information and intelligence. She stated:

Retired agents often maintained good relationships and networks with current agents. So they can call up their old buddy and find out stuff… There were certainly instances of retired agents for example trying to find out if there was an investigation of so and so. And if you are working for a company, that company is going to like that influence.”

Rowley also suggested that hiring people from various three-letter agencies gave them a credibility boost. “These [tech]companies are using the mythical aura of the FBI. They can point to somebody and say ‘oh, you can trust us; our CEO or CFO is FBI,’” she explained.

Twitter certainly has endorsed the FBI as a credible actor, allowing the organization to play a part in regulating the global dissemination of information on its platform. In September 2020, it put out a statement thanking the federal agency. “We wish to express our gratitude to the FBI’s Foreign Influence Task Force for their close collaboration and continued support of our work to protect the public conversation at this critical time,” the statement read.

One month later, the company announced that the FBI was feeding it intelligence and that it was complying with their requests for deletion of accounts. “Based on intel provided by the FBI, last night we removed approximately 130 accounts that appeared to originate in Iran. They were attempting to disrupt the public conversation during the first 2020 U.S. Presidential Debate,” Twitter’s safety team wrote.