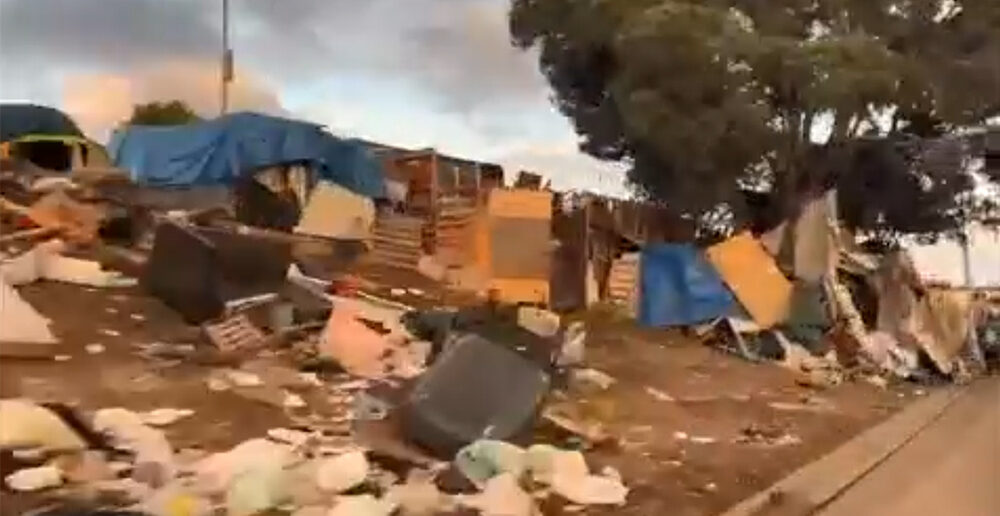 (Natural News) Worsening inflation (stemming from endless fiat currency money printing) is causing food, energy and housing to become unaffordable for millions of Americans, putting them on a trajectory of homelessness and destitution.

Right now, homeless encampments are expanding in cities like Los Angeles, Atlanta, Philadelphia and Oakland. The situation is bound to get far worse as inflation accelerates and people find themselves jobless due to plummeting economic activity while manufacturers downsize operations.

All across America right now, people are moving out of (unaffordable) apartments and rental homes, and moving into RVs or campers. Many of these people have jobs yet still can’t afford to save enough money for a down payment on a home. As economic conditions deteriorate, many of these people will move from RVs to cars or trucks… and then eventually to tents on the street. There, they are largely forgotten by the very same bureaucrats who promised them jobs and government assistance. Those are also the same bureaucrats who created the very problems that cause homelessness in the first place, such as worsening inflation by handing out stimulus money… or forcing small businesses to shut down over “covid” claims.

The controlled demolition of America is well under way.

While most homeless people are non-violent individuals who are merely trying to survive in a collapsing civilization, problems such as drug addiction, mental illness, public health violations and violence continue to plague homeless encampments. These tent cities are almost always filthy, rodent-ridden, feces-festering shantytown fixtures that reek of trash and desperation. As they grow in size and numbers, they are going to pose a significant challenge to the operations of entire cities, especially given that these encampments have their own rules, leadership and underground economies. They do not abide by mainstream society’s rules, and except in rare cases, local police and city council members pretend these homeless encampments don’t exist. They are, in effect, “no-go zones” for police and first responders, except on the rare occasions when city leaders decide to “clean out” all the tents and trash, thrusting the homeless individuals who lived there into even more desperate circumstances.

Take a tour into the homeless camps in Oakland, California, via this Brighteon.com video:

Many homeless turn to retail theft to survive

With the US economy collapsing, homelessness is going to become a way of life for millions more Americans. In order to survive, many of these individuals turn to retail theft, shoplifting all sorts of goods (including food) from local retail establishments.

The massive wave of retail thefts in the United States over the past two years have become a major challenge for both the retail industry and law enforcement.

The number of increasingly professional organized retail crime (ORC) rings and their frequent attacks have reached crisis scale, according to the National Retail Federation (NRF) in a Sept. 14 report.