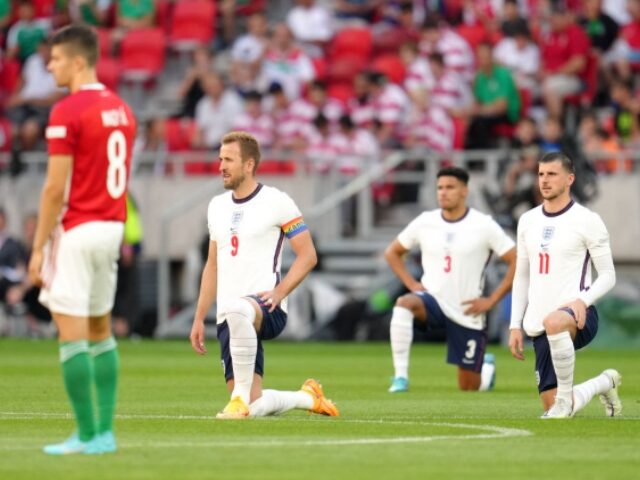 England is promising to take a knee at the outset of their World Cup game against Iran on Monday, and team captain Harry Kane says he intends to wear the LGBTQ “One Love” armband on the field. But FIFA is warning against the moves and insists that there may be punishment if England goes ahead with its plans, Reuters reported.

The “One Love” armband is part of a campaign to support the LGBTQ agenda.

England has taken a knee before, of course, but usually in solidarity with the radical left-wing “anti-racist” cause started by the U.S. Black Lives Matter movement. 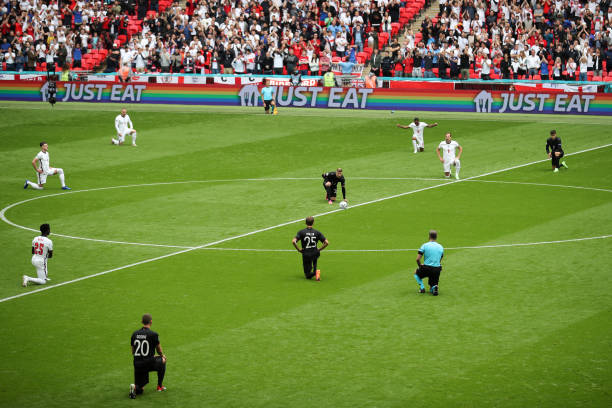 England kneels before the UEFA Euro 2020 Championship Round of 16 matches between England and Germany at Wembley Stadium on June 29, 2021, in London, England. (Stefan Matzke – sampics/Corbis via Getty Images)

Taking a knee has since been discontinued in the British Premier League, but manager Gareth Southgate said he thinks it is important to continue the practice for the World Cup and this national stage.

“It’s what we stand for as a team and have done for a long period of time,” Southgate said.

“We feel this is the biggest (stage), and we think it’s a strong statement that will go around the world for young people, in particular, to see that inclusivity is very important,” he added.

FIFA has warned against the act, but Kane insisted that they intend to follow through.

“We have made it clear as a team, staff, and organization that we want to wear the armband. I know the FA are talking to FIFA, and by game time, they will have had their decision,” Kane said, according to the Daily Mail.