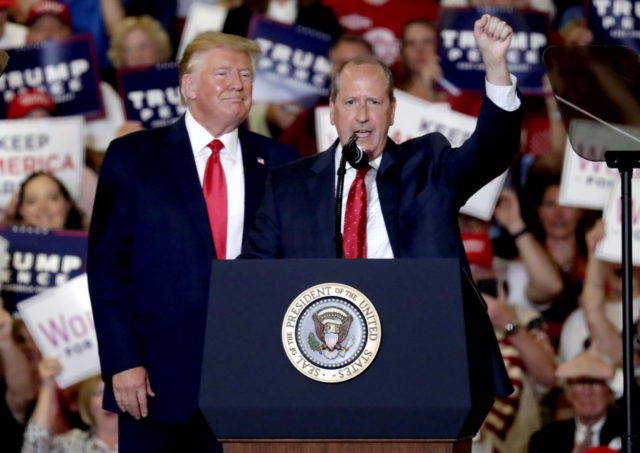 With 99 percent of precincts reporting, Bishop defeated McCready by slightly more than two points, with 50.8 percent of the vote (94,984 votes) to McCready’s 48.6 percent (90,824 votes). Bishop’s total margin of victory was 4,160 votes.
Decision Desk HQ called the race for Bishop at 9:54 p.m. eastern, but no other media outlet had yet called the race.

Dave Wasserman, political editor of the Cook Report, called the race for Bishop at 9:55 p.m. eastern in this tweet:

Both parties and their related groups spent heavily in this hotly contested bellwether election in this key 2020 battleground state.

Bishop, a conservative Republican currently serving in the North Carolina State Senate, based his campaign on strong support for the Trump agenda. The president, for his part, strongly supported Bishop. On Monday, the night before the election, Trump appeared with Bishop at a boisterous rally in Fayetteville, North Carolina in the conservative eastern part of the district. At the rally, Trump heavily criticized McCready for supporting the socialist agenda of Speaker Nancy Pelosi and the Squad.