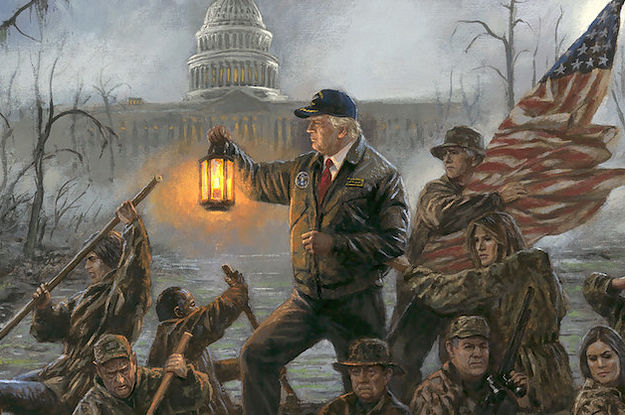 The timing is right for everyone to understand what Donald Trump is doing, and try to decrypt the ambiguity of how he is is doing it. The controversial President has a much clearer agenda than anyone can imagine on both foreign policy and internal affairs, but since he has to stay in power or even stay alive to achieve his objectives, his strategy is so refined and subtle that next to no one can see it. His overall objective is so ambitious that he has to follow random elliptic courses to get from point A to point B, using patterns that throw people off on their comprehension of the man. That includes most independent journalists and so-called alternative analysts, as much as Western mainstream fake-news publishers and a large majority of the population.

About his strategy, I could make a quick and accurate analogy with medication: most pills are designed to cure a problem, but come with an array of secondary after-effects. Well, Trump is using medication solely for their after-effects, while the first intent of the pill is what’s keeping him in power and alive. By the end of this article, you’ll see that this metaphor applies for just about every decision, move or declaration he’s made. Once you understand what Trump is about, you’ll be able to appreciate the extraordinary presidency he’s conducting, like no predecessor ever came close to match.

To start off, let’s clear the one aspect of his mission that is straightforward and terribly direct: he’s the first and only American President to ever address humanity’s worst collective flaw, its total ignorance of reality. Because medias and education are both controlled by the handful of billionaires that are running the planet, we don’t know anything about our history that’s been twisted dry by the winners, and we don’t have a clue about our present world. As he stepped in the political arena, Donald popularized the expression «fake news» to convince the American citizens, and the world population as well, that medias always lie to you. The expression has now become commonplace, but do you realize how deeply shocking is the fact that nearly everything you think you know is totally fake?

Media lies don’t just cover history and politics, but they have shaped your false perception on topics like economy, food, climate, health, on everything. What if I told you that we know exactly who shot JFK from the grassy knoll, that the foreknowledge of Pearl Harbor was proven in court, that the CO2 greenhouse effect is scientifically absurd, that our money is created through loans by banks who don’t even have the funds, or that science proves with a 100% certainty that 911 was an inside job? Ever heard of a mainstream journalist, PBS documentary or university teacher telling you about any of this? 44 Presidents came and went without even raising one word about this huge problem, before the 45th came along. Trump knows that freeing the people out of this unfathomable ignorance is the first step to overall freedom, so he started calling mainstream journalists and their news outlets for what they are: pathological liars.

Let’s make one thing clear: to the establishment, Trump isn’t mentally challenged, but he’s definitely seen as a possible nemesis of their world. Ever since he moved in the White House, Trump has been depicted as a narcissist, a racist, a sexist and a climate-skeptic, loaded with shady past stories and mental issues. Even though an approximate 60% of the American people don’t trust medias anymore, many have bought the story that Trump might be slightly crazy or unfit to rule, and the statistic climbs even higher when you get out of the USA. Of course, Donald isn’t doing anything special to change the deeply negative perception that so many journalists and people alike have about him. He’s openly outrageous and provocative on Twitter, he sounds impulsive and dumb most of the time, acts irrationally, lies on a daily basis, and throws out sanctions and threats as if they were candy canes out of an elf’s side bag in a mall in December. Right away, we can destroy one persistent media myth: the image Trump is projecting is self-destructive and it’s the exact opposite of how pathological narcissists act, since they thrive to be loved and admired by everyone. Donald simply doesn’t care if you like him or not, which makes him the ultimate anti-narcissist, by its psychological definition. And that’s not even up for opinion, it’s a quite simple and undeniable fact. 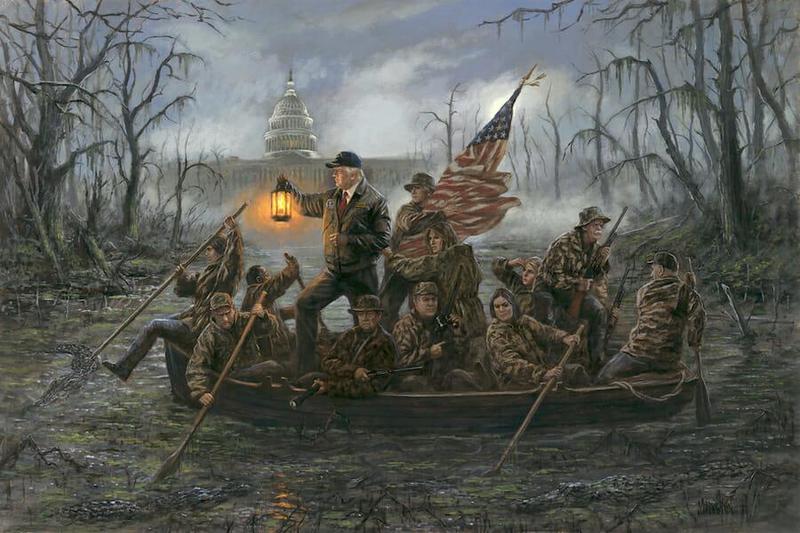 His general plan exhales from one of his favorite motto: «We will give power back to the people», because the United States and its imperialist web woven over the world have been in the hands of a few globalist bankers, military industrials and multinationals for more than a century. To achieve his plan, he has to end wars abroad, bring back the kids, dismantle the NATO and CIA, get control over the Federal Reserve, cut every link with foreign allies, abolish the Swift financial system, demolish the propaganda power of the medias, drain the swamp of the deep state that’s running the spying agencies and disable the shadow government that’s lurking in the Council on foreign relations and Trilateral Commission’s offices. In short, he has to destroy the New World Order and its globalist ideology. The task is huge and dangerous to say the least. Thankfully, he’s not alone.

Before we get on his techniques and tactics, we have to know a little bit more about what’s really been going on in the world.

Since Peter the Great, the whole history of Russia is a permanent demonstration of its will to maintain its political and economical independence from international banks and imperialism, pushing this great nation to help many smaller countries fighting to keep their own independence. Twice Russia helped the United States against the British/Rothschild Empire; first by openly supporting them in the Independence War, and again in the Civil War, when Rothschild’s were funding the Confederates to politically break down the nation to bring it back in the British colonial Empire’s coop. Russia also destroyed Napoleon and the Nazis, whom were both funded by international banks as tools to crush economically independent nations. Independence is in their DNA. After almost a decade of Western oligarchy taking over Russia’s economy after the fall of USSR in 1991, Putin took power and drained the Russian swamp. Since then, each and every move that he has made aims to destroy the American Empire, or the entity that replaced the British Empire in 1944, which is the non-conspiracy theory name of the New World Order. The new empire is basically the same central banking scheme, with just a slightly different set of owners that switched the British army for NATO, as their world Gestapo.

Until Trump came along, Putin was single handedly fighting the New World Order who’s century-old obsession is the control of the world oil market, since oil is the blood running through the veins of the world economy. Oil is a thousand times more valuable than gold. Cargo ships, airplanes and armies don’t run on batteries. Therefore, to counter the globalists, Putin developed the best offensive and defensive missile systems, with the result that Russia can now protect every independent oil producer such as Syria, Venezuela and Iran. Central bankers and the US shadow government are still hanging on to their dying plan, because without a victory in Syria, there’s no enlarging Israel, thus ending the century-old fantasy of uniting the Middle East oil production in the hands of the New World Order. Ask Lord Balfour if you have any doubt. That’s the real stake of the Syrian war, it’s nothing short of do or die.