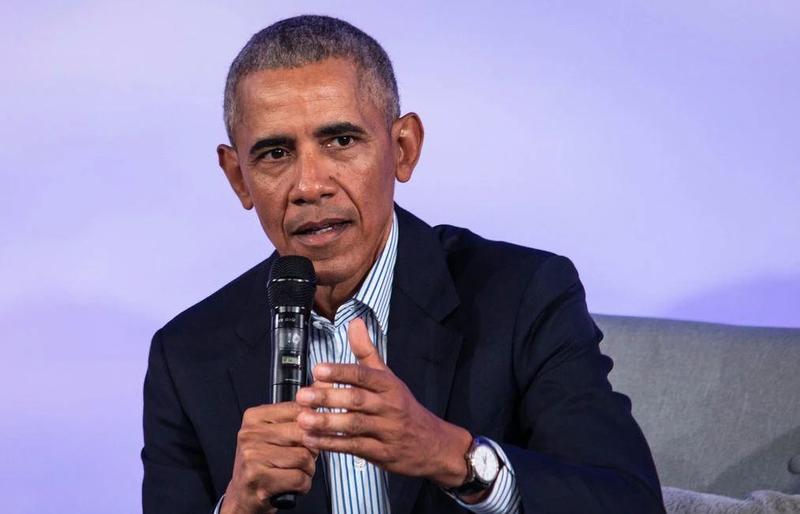 Former President Obama cautioned 2020 Democratic candidates not to move too far to the left, as messages of sweeping societal and government transformations risk turning off the party’s moderate base, according to the New York Times.

“The average American doesn’t think we have to completely tear down the system and remake it.”

Obama joins House Speaker Nancy Pelosi, former Florida Senator Bill Nelson, and other moderate Democrats in his implicit warning over plans by Sens. Bernie Sanders (I-VT) and Elizabeth Warren (D-MA) who have called for a “political revolution” and “big structural change” with ideas that would eliminate private health insurance and place a moratorium on deportations according to The Hill.

The comments marked an extraordinary entrance into the primary contest by the former president, who has been careful to avoid even the appearance of influencing the direction of the race.

His remarks offered an implicit critique of Senators Bernie Sanders and Elizabeth Warren, who have urged voters to embrace “political revolution” and “big, structural change,” as well as proposals once widely considered to be left to the liberal fringes of the party, including court packing and decriminalizing illegal border crossings. –NYT

In April, the former president said “One of the things I do worry about sometimes among progressives in the United States — maybe it’s true here as well — is a certain kind of rigidity where we say, ‘Uh, I’m sorry, this is how it’s going to be,’ and then we start sometimes creating what’s called a ‘circular firing squad,’ where you start shooting at your allies because one of them has strayed from purity on the issues,” adding “And when that happens, typically the overall effort and movement weakens.”

In early November, Pelosi suggested that 2020 Democrats may strike out against Trump with ultra-liberal policies that may fire up coastal leftists, but may not go over well elsewhere.