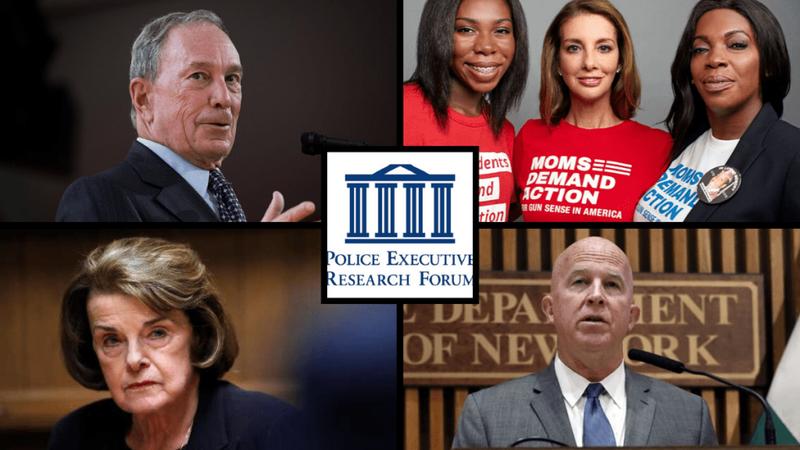 Authored by Duane Norman via FMShooter.com,

The myth that police support gun control legislation is one of the most frequent crutches used by gun control groups to support disarming Americans. At the forefront of this is the Police Executive Research Forum (PERF), a DC-based think tank with a long anti-gun history.

This is all done with your tax dollars, no less, as the Nationalist Review recently exposed the DOJ’s funding of PERF:

Between 2001 and 2017, PERF has received a combined $35.2 million in funding from federal, state, and local governments in the form of grants and contracts, according to 990 tax filings submitted by the DC based think tank. In addition to this funding, PERF receives millions more annually in the form of fees charged for training ($9,500 per officer for a three week course) and conference registrations ($3.3 million in 2018 alone)

Made up of police chiefs and executives from large cities, PERF policies have resulted in a “soft federalization” of policing, with “training courses” that yield almost zero flexibility for officers in the field, and this rigidity extends to the push to restrict civilian firearms ownership at every juncture.

Unsurprisingly, PERF was one of the major backstops for former NYC Mayor Michael Bloomberg‘s first foray into gun control.  The push to repeal the Tiahrt Amendment (legislation protecting the privacy of gunowners’ personal information) was spearheaded by Bloomberg’s Mayors Against Illegal Guns, and supported by none other than PERF’s very own Chuck Wexler:

Mayors Against Illegal Guns last Tuesday stood on Capitol Hill with law enforcement officials and members of Congress to urge the repeal of the Tiahrt Amendment.

Lest we forget, Mayors Against Illegal Guns was disbanded in 2014 and rebranded as Everytown for Gun Safety after the group’s mayors either turned against Bloomberg, or turned up in possession of illegal firearms:

Why was Mayors Against Illegal Guns Renamed? Because of the mayors.

But the real kicker was when some mayors in the group faced charges for illegally possessing guns themselves. pic.twitter.com/SZFgCEQLuN

While Bloomberg was restructuring his gun control apparatus, Wexler remained as PERF’s Executive Director, where in 2017, he pushed back against one of the only noble causes championed by then-AG Jeff Sessions – a drive to have police departments enforce immigration laws:

In 2017, when then-Attorney General Jeff Sessions threatened to withhold federal funds from police departments that refused to enforce immigration laws, it was Chuck Wexler, the executive director of the Police Executive Research Forum, who pushed back against him. Wexler claimed that if police departments assisted in detaining illegal immigrants, they would inhibit their ability to gain information from the community about recent crimes.

PERF supports every gun control policy imaginable, including, but not limited to: