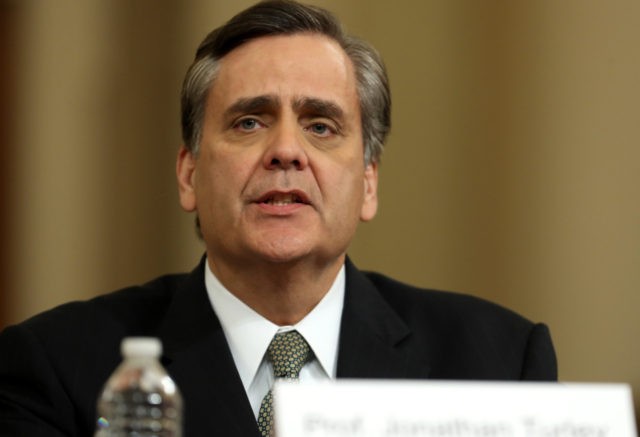 Jonathan Turley: No Bribery, No Obstruction in Trump’s Actions

Turley took aim at what he called a “boundless” definition of bribery employed by the Democrats in their impeachment report. He also criticized the Democrats for attempting to construe Trump’s challenging House subpoenas or refusing to cooperate with the impeachment inquiry as “obstruction of justice.”

Turley said that proponents of impeachment, including Rep. Adam Schiff and the legal experts called by Democrats to the Wednesday panel, were wrong when they said that Trump’s alleged actions would fit the definition of bribery at the time the constitution was adopted even if it did not fit the statutory definitions of the current era.

“The bribery theory being put forward is as flawed in the 18th century as it is in this century,” Turley said.

Bribery was not an “over-arching concept” in the 18th century, Turley said. Instead, it constituted such a narrow crime that some of the attendees of the constitutional convention worried that restricting impeach to “Treason and Bribery” was too limited. An originalist interpretation of bribery would limit it to the actual acceptance of money from someone seeking favorable treatment or policy from a public official.

In his prepared remarks, Turley quoted from a legal treatise that explained: “The core of the concept of a bribe is an inducement improperly influencing the performance of a public function meant to be gratuitously exercised.”

“Bribery, as used here, did not indicate some broad definition, but a classic payment of money,” Turley explained in his written remarks…