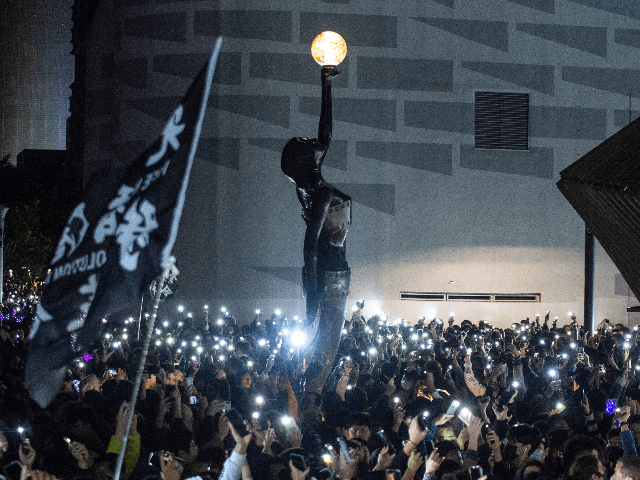 Hong Kong Chief Justice Geoffrey Ma said on Monday that a special “task force” will consider “how best and how expeditiously” to handle the enormous number of criminal trials related to the ongoing protest movement.

The Hong Kong Free Press (HKFP) speculated Ma was acting in response to complaints that protesters have been treated harshly by police and the courts, especially teenagers who have been held without bail until their trials.

Speaking at a ceremony to formally begin the legal year, Ma responded that the public has “misconceptions and misunderstandings” about how the legal system works and said delivering fair trials was more important than clearing up the caseload quickly. He noted that “the vast majority of cases at this moment are simply not ready for trial.”

“Judges do not have the duty to achieve a certain result in accordance with popular wishes, whether they be majority or minority wishes. A fair trial does not mean that there must be a conviction or an acquittal depending on one’s personal or political viewpoint: the outcome of a criminal trial depends on the evidence that is presented to the court, whether it is sufficiently cogent and whether the burden of proof … has been discharged by the prosecution,” he said.

Ma was critical of the protest movement for believing that its right to protest infringes on the rights of others. “The enjoyment or insistence on one’s rights does not, for example, provide any excuse to harm other people or their property, or to display acts of violence,” he said.

Speaking at the same ceremony, Secretary for Justice Teresa Cheng was more aggressively critical of the protesters.