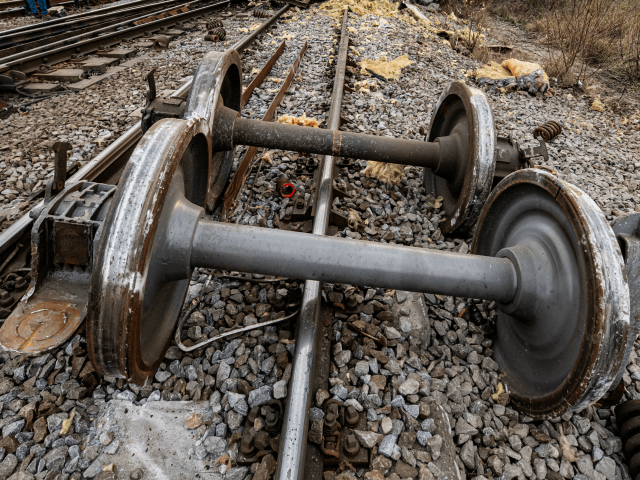 Foul play is being considered following the third train derailment in Canada this month, after left-wing extremists called on supporters to sabotage the country’s rail system.

The incident occurred in Sainte-Marie-Salomé in Canada’s French-speaking province of Quebec earlier this week and saw two train cars derailed, with an unnamed source claiming that something had purposely been put on the tracks to derail the train, CTV reports.

CN, Canada’s largest rail company, refused to confirm or deny whether they suspected the derailment may have been an intentional act of sabotage but CN senior manager of public affairs Olivier Quenneville did confirm no one had been injured in the incident and no hazardous materials were involved.

“The incident is still under investigation and we will not comment further,” Quenneville told the broadcaster.

The incident is one of three train derailments that have taken place in February across Canada staring with the derailment of 32 cars near Guernsey, Saskatchewan, on February 6th. A fire engulfed 19 of the cars and 1.2 million litres of crude oil was spilt as a result of the derailment.

The Canadian Transportation Safety Board (TSB) stated: “A review of the locomotive event recorder download determined that the train was handled in accordance with regulatory and company requirements.”

The Saskatchewan incident came just two months after another derailment just 10 kilometres away that resulted in 1.5 million litres of oil spillage.

The third derailment in February took place in the province of Ontario near the northwestern town of Emo and saw 30 railcars, some leaking crude oil, derailed.

Emo Mayor Harold McQuaker stated that the spillage had been contained while a few locals living near the site had been evacuated, and local Fire Chief Joshua Calling noted the winter weather had hardened the oil and reducing the area of its spread.