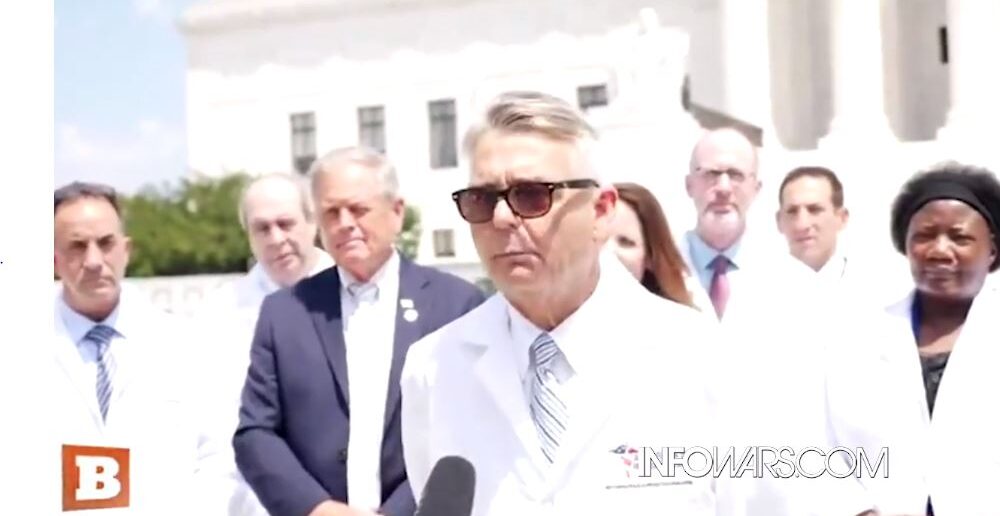 America’s Frontline Doctors held another White Coat Conference in Washington D.C. on Tuesday after Monday’s gathering made national headlines and was censored by Big Tech.

Monday’s press conference was seen over 17 million times before Facebook, Twitter and Google started to delete uploads of the event.

Showing social media companies they won’t be silenced, the group spoke on the front steps of the Supreme Court again on Tuesday.

My friend and physician colleague @stella_immanuel has had her Fakebook page shut down! Censorship of YOUR doctors alive and well in Cuba, ooops I mean America.

Wow. It appears Squarespace took down our website today https://t.co/I6T8VoAoCr.

We are reaching new levels of censorship.

Do people agree with this? pic.twitter.com/K7e5kKZrZd

The Twitter account for conservative news outlet Breitbart was also locked, meaning they can no longer send out tweets.

Dr. Stella Immanuel talked with a TMZ reporter after the conference, telling him Big Pharma is against using Hydroxychloroquine because, “Nobody makes money off a cheap, generic drug like HCQ.”

“Nobody makes money off a cheap, generic drug like HCQ” @stella_immanuel (The COVID Doctor)

Big Pharma & Dr. Fauci do NOT want you to see this video. Download, SHARE & spread this everywhere before they take it down. #HCQWorks #COVIDCure pic.twitter.com/Be4xnYSk3P

President Trump was asked about the White Coat Conference during a Tuesday press briefing.

The President is asked about his tweets and discusses his support for Hydroxychloroquine pic.twitter.com/yFjYXZAWdO

As the social media giants work overtime to try and remove every upload of Dr. Immanuel’s testimony from Monday, Banned.video has preserved the bombshell footage for your viewing pleasure.