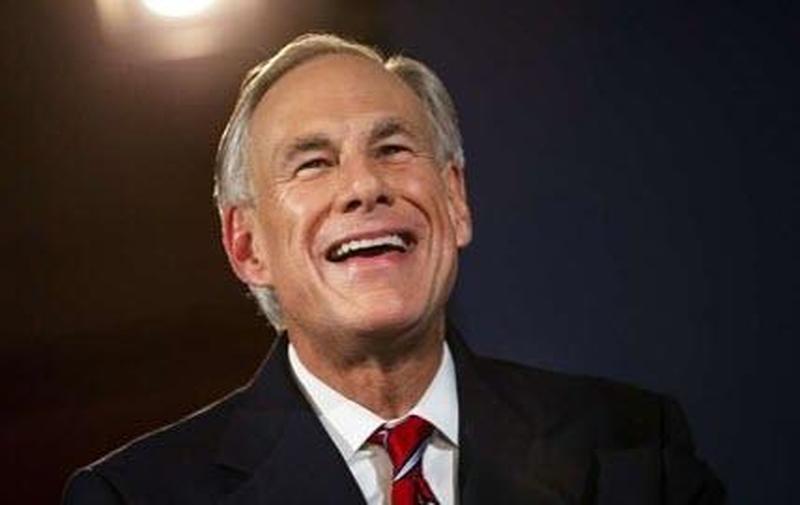 Authored by Daniel McAdams via The Ron Paul Institute for Peace & Prosperity,

Today Texas Governor Greg Abbott (R) issued yet another executive order on the coronavirus outbreak – while the Texas state legislature continues slumbering while collecting paychecks for no work.

The mainstream media, predictably, is mis-reporting the executive order as a “statewide face covering requirement for Texans.”

It is no such thing. However, it is worded in such an obtuse manner that this misinterpretation of the executive order will likely be universal in Texas.

Here is the important part of the order:

Every person in Texas shall wear a face covering over the nose and mouth when inside a commercial entity or other building or space open to the public, or when in an outdoor public space, wherever it is not feasible to maintain six feet of social distancing from another person not in the same household; provided, however, that this face-covering requirement does not apply to the following…

That comma after the word “space” is essential. It establishes “outdoor public space” as a clause within the sentence, meaning both indoor AND outdoor are covered by the exception “wherever it is not feasible to maintain six feet of social distancing.” This is critically important, as it means even in stores or other indoor spaces masks are not required as long as it is possible to “social distance.” That would include every grocery store and reasonably-sized commercial establishment.

In other words, this order was purposely written to be misinterpreted! Perception is 99 percent of reality, particularly among county and local officials who will mis-read this (probably intentionally) as a green light to crack down hard. Abbott is not mandating face masks outdoors or even indoors or even in commercial entities. But his order is worded in such a purposely weasel-like manner that it will be universally accepted and reported as such. It is already being so reported.

In Texas the Lt. Governor wields extraordinary power over the state’s legislative body and could call the Texas Senate back into session to begin the process of ending Governor Abbott’s insane power grab.

But thus far that former radio personality has done little more than preen in front of the microphone.

As we very clearly explain in today’s Ron Paul Liberty Report, the reason for the “spike” in Texas covid cases is a massive ramping up in testing (“Come one come all, it’s free!!!!!”) and an extraordinary re-definition of what it means to be “covid positive” that was implemented by Texas Department of State Health Services (DSHS) in mid-May. Texas county and local officials expressed concern that ramping up testing and lowering the threshold to declaring “probable” covid cases (with no testing) as actual “covid cases” would lead to a mass spike in Texas. Turns out they were right.

Classifying all those seeking delayed surgeries and other medical procedures as “covid cases” even if not sick only makes the situation in Texas seem worse.

Many honest Texas officials saw the “second wave” spike coming because they saw how the game was being rigged. But Abbott fell for it and he has declared war on Texans and on liberty.

This is not rocket science. Politics is at play in the “second wave” coronavirus in Texas and elected officials are either too dense or too corrupt to take a stand for truth.