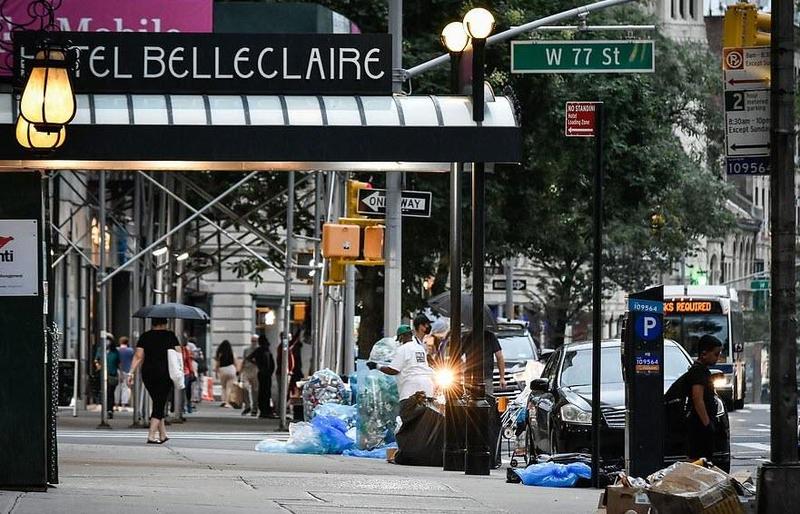 Authored by Rick Moran via PJMedia.com,

The homeless problem in New York City is bad and getting worse.

City leaders decided to fix the problem by putting up hundreds of sex offenders, mental patients, and drug addicts in Manhattan luxury hotels.

How’s that working out for ya?

Upper West Side residents say three hotels that are housing hundreds of homeless men during the coronavirus pandemic have turned the area into a spectacle of public urination, catcalling and open drug use.

Among those staying at the luxury Belleclaire on Broadway and the Lucerne on West 79th Street, and the more down-market Belnord on West 87th Street, are people who are mentally ill, recovering from drug addictions, and registered sex offenders.

Ten sex offenders are staying in a single hotel — the Belleclaire, which is just one block from the playground of PS 87.

A nanny in the genteel neighborhood told of being offered crack while with her two-year-old charge.

She said she was recently offered crack by a pair of homeless men as she wheeled a toddler along Riverside Park at 79th Street.

“You want to buy crack?” she said they shouted repeatedly as she hurried past, and as the frightened 2-year-old girl in the stroller put her hands over her ears and cried, “Too loud!”

But maybe the finger of blame should also be pointed at the Department of Homeland Security, which is paying 75 percent of the costs of this social experiment.

“The DHS is a rogue agency,” one local community board member said of the homeless influx, noting that residents were given no input and little or no notice of the move.

The board member, who asked to not be identified by name, said they were told the city was paying the hotels $175 a day per homeless person or “two guys in a room at $350 a day.”

Obviously, residents of the neighborhood are insufficiently woke. If homeless people want to urinate or defecate on the sidewalk or in the street, or on your front steps, who are you to say they can’t?