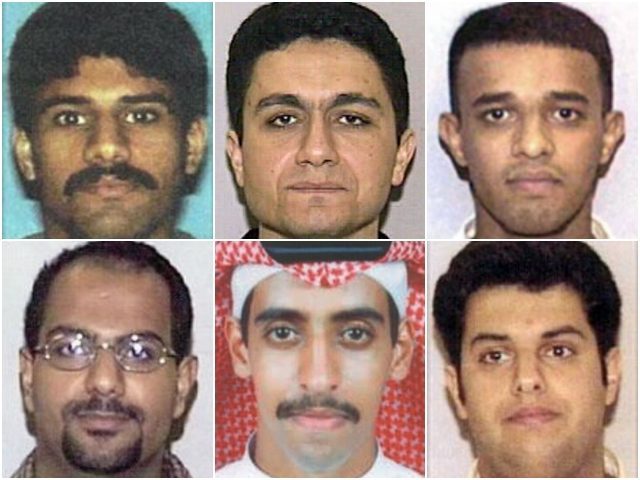 Flashback: Seven 9/11 Hijackers Overstayed Visas Due to Loophole Used by Over Half a Million Each Year

Almost half of the Islamic terrorists who hijacked planes in the United States on September 11, 2001, overstayed their visas due to an immigration loophole that remains open, used by more than half a million foreign nationals every year.

Nineteen terrorists were directly involved with the 9/11 attacks that murdered nearly 3,000 Americans and injured more than 6,000 others. All 19 arrived in the U.S. legally, with 16 obtaining tourist visas and three others obtaining business and student visas.

Seven of the 19 terrorists overstayed their visas, either before the attacks or at the time of the attacks. None were deported, due to a lack of interior immigration enforcement.

Those seven terrorist visa overstays include:

Despite the 9/11 Commission urging major reforms, the lack of enforcement has gone mostly unchanged, with minor changes thanks to the Trump administration. The most significant moves to date have been the president’s constitutional travel ban and cuts to the refugee resettlement program.

For instance, though the number of visa overstays in Fiscal Year 2019 was reduced compared to the year before, more than 676,000 foreign nationals overstayed their visas last year.

The immigration controls recommended by the 9/11 Commission have yet to be implemented, 15 years later. https://t.co/yRv17p1lwH